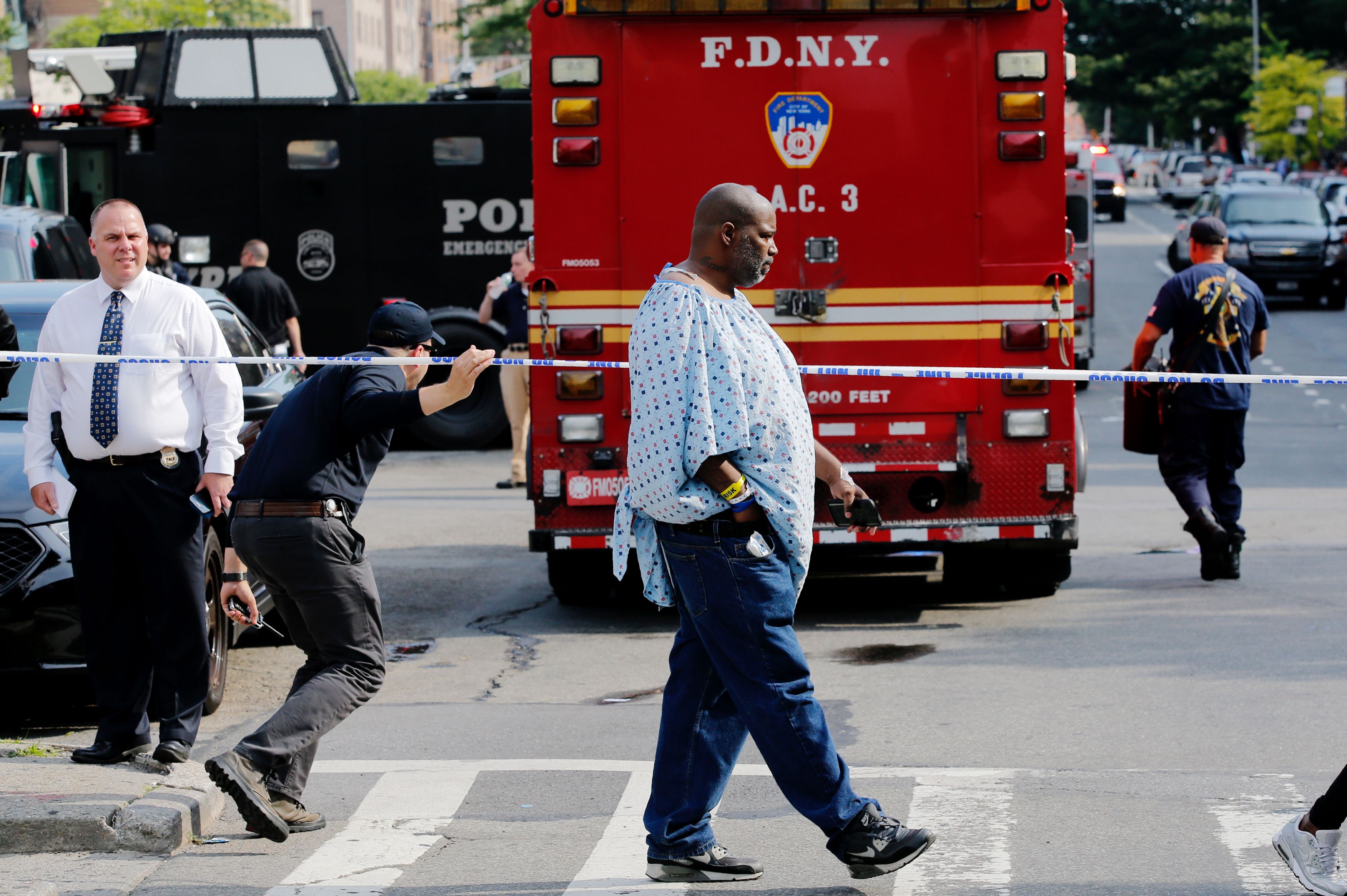 On October 18, 2016, police shot dead Deborah Danner, a woman with schizophrenia struggling with a mental health crisis, in her apartment. Mrs. Danner was not the only one to suffer this fate. Almost 25% of all those killed by police in the United States since 2015 suffered from mental illness, or nearly 1,500 people in total. And they were disproportionately black, like Ms. Danner.

But it’s not just marginalized people of color with mental illness who are being targeted by police. A dangerous police mentality towards the mentally ill also regularly sabotages hospital treatment, even of the most privileged. This is why, as a certified psychiatrist, I have come to believe that the depoliticization of health care is essential to protect all of us.

Because the truth is, when it comes to psychiatry, patients sometimes become agitated or distressed, an event we call a “behavioral emergency” in health care. Restless behavior can unfortunately cause injury in the same way that an intentional security threat could. But behavioral emergencies are radically different from security threats because they have no criminal intent. Rather, they begin when patients struggle to cope with sad news, when marginalized patients are provoked by discriminatory provider behaviors and, more often, when patients become confused or disoriented by serious medical and psychiatric illness.

And that’s where the problem lies: Police brutality like the one that killed Deborah Danner in New York City exists because most cities use the same staff and protocols to respond to community behavioral emergencies as they would for. criminal threats. You can see this at work in the story earlier this year about Karen Garner, a 73-year-old woman from Colorado with dementia, whose arm was broken and her shoulder dislocated by police.

Due to mounting pressure, the Biden administration has dedicated $ 1 billion in federal funding to finally prioritize separate and frosted community behavioral emergency responses. This funding is a good start to rectifying over-monitored community responses, but it remains an alarming failure to recognize even police oversight in hospital medicine.

And there is an irony at work here. After all, we depend on hospital emergency protocols to save our lives during strokes, heart attacks, unexpected childbirths, and any other medical illness. Yet whenever patients exhibit behavioral distress, hospitals across the country train staff to call the police instead of a doctor, even if that behavioral distress arises from the medical reason they were admitted to the hospital. in the first place. None of the suggested standardized emergency codes from 21 available public hospital associations distinguished emergency protocols for behavioral emergencies from unarmed security threats.

And monitored hospital policies harm all of us, not just people from marginalized communities. Consider that one in three seniors has Alzheimer’s or dementia and is at risk of becoming disoriented and combative when very ill. Their agitation is often interpreted as “hospital violence” because there is no standardized hospital protocol distinguishing Alzheimer’s agitation from unarmed intruders. This is why the elderly are the most likely to be physically constrained during medical hospitalization: â€œconfusionâ€ causes 25.4% of the constraints.

It’s not just the elderly, however; Children with autism often cannot communicate that they are visibly upset because of the surgical pain. And hospitals routinely criminalize times when families protest abuse or raise their voices after receiving bad news about a loved one’s medical course.

The depoliticization of hospital medicine advances equity for patients of all races and ages.

Let me be clear: I am in no way suggesting that healthcare workers should expose themselves to injury. Every patient and provider, including myself, has the unequivocal right to return home safely to their loved ones. But police presence for non-criminal events often worsens patient distress rather than reducing it, resulting in more injuries. In addition, no study demonstrates the superiority of paging police for medical emergencies. Police interventions harm both patients and providers.

Effective and well-documented solutions already exist that advance clinical care while maintaining safety without relying on psychiatric resources. But too often, quality improvement efforts take a â€œmental illnessâ€ and â€œviolence reductionâ€ lens rather than â€œclinical careâ€. These clinical solutions are most often left unfunded because they are mistakenly perceived to be costly and inefficient by benefiting â€œonlyâ€ marginalized or mentally ill patients of color.

To those with legislative and administrative influence, I urge you to recognize that neglecting the vulnerable will mean neglect for all of us. It’s time to clean up hospital medicine.

Carmen Black, MD, is an assistant professor of psychiatry at Yale University and a Public Voices member of the OpEd project.