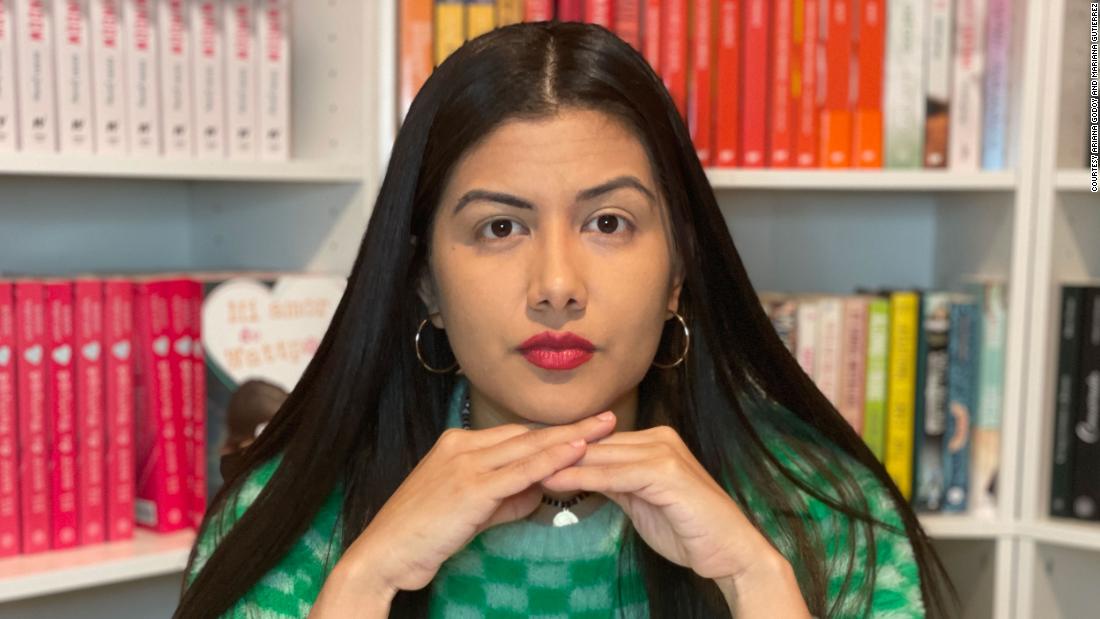 To my calm in the storm of mental illness, from your best friend Ariana Godoy

Below, she writes to a friend who stood by her side through one of her darkest times.

Because you’re my best friend, I think you already know what I’m going to say. You know my story. You know me inside out. But I’ll say it all anyway.

At this point, I haven’t seen you in person for four years. Being in separate countries was never part of the plan, but I’m grateful that our friendship remains strong despite the distance. Seems like I’ve found more to be grateful for over the years since I met you, the extrovert who lived a block away from me in kindergarten. (Mariana and Ariana – it was fate!)

One time period stands out more than others, however.

After my father died, I was broken in a way I had no words for, and you stood by my side as I found them. For that, I will be eternally grateful.

The stomach problems that started shortly after we buried my father were the first symptom. My mother thought I had learned something from the week I spent in intensive care watching the man I once thought was invincible fight for his life, looking sick and weak in a hospital bed .

Then came the panic and anxiety attacks. I didn’t know what they were. I always thought I was dying. I gasped, feeling like I desperately needed the CPR I saw doctors give to ICU patients over and over again. Dinner time was particularly difficult. Every day around the same time, I felt like I was going to choke on my food, and it was hard to eat.

There’s an image burned into my brain of you trying to find a car to take me to the hospital over and over again. Parties. Meeting places. Everywhere. That’s when I became that person no one wanted to go out with or invite anywhere. The girl who was always sick. The girl someone should drive home or take to the hospital. I would have completely become a stranger, but you remained my strong bridge to life.

There was a time when leaving home was difficult, but you encouraged me to go somewhere else, assuring me that if I felt bad, we would leave together. No questions asked. No judgement.

Mental illness is so solitary, sometimes especially in a group of people. But you never let me carry that weight; instead, you literally offered your hand to hold. There were times when I clung to it for life, and according to your promise, we would always leave together.

I remember seeing a dozen specialists and telling the man about each scan, only to get a clean physical health bill that baffled them. Then a cardiologist suggested I see a mental health professional.

That was in 2011. We’ve all come a long way since then in how we all talk about mental health. Of course, the shift to a deeper conversation on the matter had begun back then, but as you know, our beloved house is far from progressive.

Campo Lara – in Zulia, Venezula – is tiny, secluded, and hot. Like, other heat of the world. Being so small, we were always a bit late. We didn’t have internet, but everyone in town had it. The fight for mental health awareness was, at the time, lost.

If you went to see a psychiatrist or a psychologist, people would say you’re crazy. Even I didn’t trust my psychologist very much at first. But you would tell me that the mind can get sick like the body. “We’re going to get out of this”, you say to me. We.

If you weren’t here, if you weren’t the person you are — this calm in the storm of my trauma — I wouldn’t be here today. It was so bad.

As much as you have always been my anchor, you are also my opposite in many ways. I have always been a sensitive person who felt a little too much. An introvert with the nagging tendencies of a writer, like my love for people watching. You are the soul of every party, with an enviably clear mind and strong heart. More superficially, remember when I went through my emo, Avril Lavigne phase in high school? That’s when you were really in pink.

But I’m grateful for our differences because I’ve learned a lot from you – most importantly, the importance of just being there. Some people think helping someone else is about fixing — “What can I do to make you feel good right now?” Not all situations have or need words. Sometimes sitting next to someone and giving them a tissue to wipe away their tears while they cry is more than enough – that’s it. Or when the only words that need to be spoken are, “I’ll help you.”

I love you, Marianne. That’s why every one of my books has someone like you in it. You’ve been everyone from best friend to main character. When I write a character who selflessly knows to be there for someone else, it’s always you. I know you told me never to use your real name, but I have to say I think I will one day, even if you kill me. But I promise you they will be awesome, just like you.

A Conversation About Mental Health in LTC – The World According to Dr. El