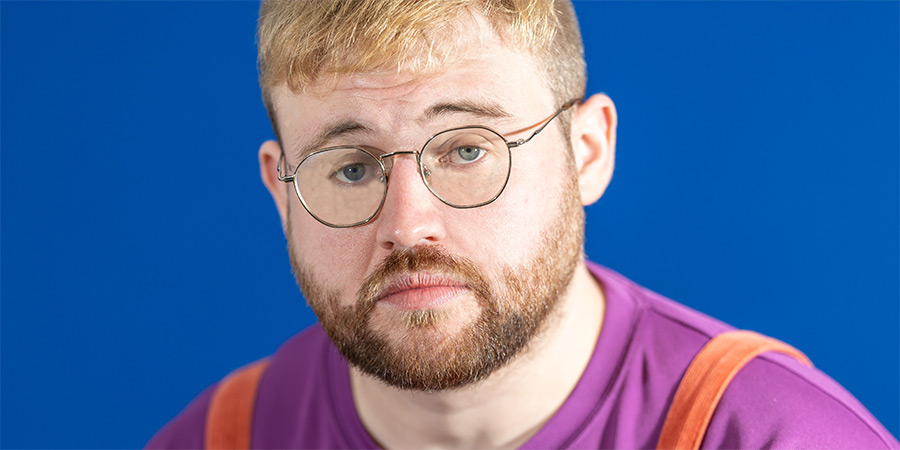 At the end of 2018, I had a major depressive episode and tried to end my life. It was pretty bad, if I’m being honest.

Luckily I’m really dumb and went to do it in a subway station several hours after the tubes stopped. A friend then came to rescue me and brought me to A&E, where I was then sent to a psychiatric ward for a few weeks. My show from Edinburgh is about recovering from that breakdown and how I got there by focusing on every American president.

Former US President (and living ex) Teddy Roosevelt used to say “black care rarely sits behind the runner whose pace is fast enough” which is an old racist talking about “if you’re depressed, stay busy”. And he had A LOT to be depressed about. His wife and mother died on the same day, and that day was the birth of his daughter. Yeah.

When I got out of the hospital, I thought about this quote a lot while trying to get my brain back on the path to comic writing. I happened to be reading a book on American history while I was in the hospital, and so I decided that the way I would “keep my pace fast enough” was to write my first hour of stand. -up.

The problem was that I literally hated myself with every fiber of my being, so writing about me was out of the question. So I wrote a few jokes about how much Teddy Roosevelt loved killing animals, and it turned into an ambitious plan to write a show about every American president.

There are so many presidents and a lot of them are very boring, so it was a huge challenge to try to make it funny and fit in an hour; but that was the goal. The bigger the challenge, the more my brain had to do. The more presidents I had to think about, the less I had to think about how much I hated myself. And that’s why writing my Edinburgh show may have saved my life.

I had no intention of talking about my mental health or suicide; I had to become a reluctant champion of mental health issues (no one else knows about my champion status yet, but that’s only because I’m SO reluctant!), but as I As I was developing the show about presidents, it was hard not to talk about why I randomly picked this topic as my pick for my first hour.

The problem is – and please don’t cancel me for this hot take – suicide attempts aren’t very funny. So, after watching Hannah Gadsby many times; I decided to balance each moment of tension with other moments to break this tension; If I talk about self-harm, sing a stupid song. The silliest moments of the show come immediately after the most serious moments of the show. This means that I can talk about heavy issues but the palette cleans up with the ridiculous stupidity I like to write.

For me, the very act of writing the series was to “keep my pace fast enough.” I threw myself into the show; doing elaborate graphics, videos, images, and I even built an AI to try and come up with silly ways to explore presidents, because every time I stopped thinking about presidents; the black cares would catch up with me.

Ultimately, can you overcome depression by “keeping your pace fast enough”? No. You need therapy and medication. However, the show is written now so you might as well come and see it because it’s very funny.