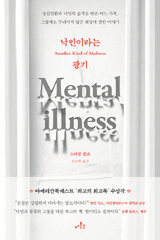 Stigma is more painful for people with mental disorders: The DONG-A ILBO

“Who the hell is this person? The writer’s father, a professor at Ohio State University, was a nice guy who patiently answered all of his son’s questions. However, from time to time he became a different person. When the whole family went out to dinner, her father complained about something to her stepmother with very violent language. At this point, the writer began to wonder “who was that stranger.”

Her father suffered from a serious mental illness called bipolar disorder. Once, when the writer was a freshman in college, his father told him that he “sometimes just wasn’t himself.” From then on, for 24 years, the writer, now a professor of psychiatry at UC San Francisco, wrote conversations with his father and published a book. To share how he overcame the stigma his father carried and his direct experience, he clearly describes the life he and his family went through because of his father’s illness.

In September 1936, the father jumped from the 3-meter-high roof. At 16, his mind was filled with the voice pleading to liberate Europe from the fascist movement. He attempted to fly off the roof of his family home, believing his arms had become wings, thinking he was the hero to save the liberal world.

The fight against stigma was much more demanding than the treatment of the disease. According to the author, there are three types of stigma: perceived stigma, courtesy stigma and self-stigma. His father always worried about others finding out about his illness (perceived stigma) and thought he was the most useless person who was a complete failure (self-stigma). Her mother had to go to great lengths to present her family as a normal family. (stigma of courtesy). And the writer and his little sister had to pretend to be normal like their mother wanted.

“Psychological pain, an honest conversation is really necessary”, says the writer. The surest way to overcome stigma is to restore faith in humanity and embrace people who are different from you.