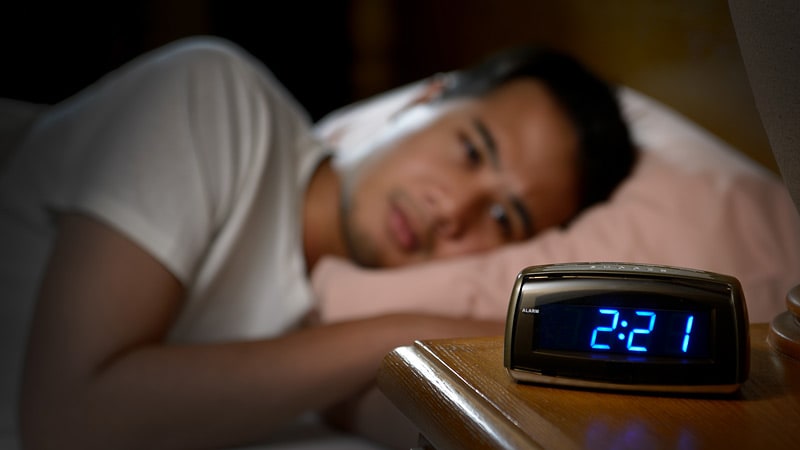 A psychiatric diagnosis of hospitalization at some point in life is significantly associated with a range of sleep problems, according to the results of the largest study of its kind.

“We were struck by the pervasiveness of sleep problems in all of the mental illness diagnoses and sleep parameters we looked at,” investigator Michael Wainberg, PhD, postdoctoral researcher at the Krembil Center for Neuroinformatics at the Center for Addiction and Mental Health (CAMH), Toronto, Canada, said Medscape Medical News. “This suggests that there may be a need to put even more emphasis on sleep in these patients than it already is.”

The study, which includes data on nearly 90,000 adults in the UK, was published online on October 12 in PLoS medicine.

The data for the analysis comes from the UK Biobank, a large-scale biomedical database launched in 2006 that has collected biological and medical data on more than 500,000 people who have consented to provide blood, urine samples and saliva and detailed lifestyle information that matches their medical records.

Between 2013 and 2015, more than 103,000 of these participants agreed to wear accelerometers on the wrist 24 hours a day for 7 days, collecting a wealth of data that researchers can exploit.

“This allows us to obtain objectively derived sleep measures and measure them in more people who have suffered from mental illness,” said senior author Shreejoy Tripathy, PhD, assistant professor at the University. of Toronto and independent scientist for CAMH. “You can study multiple disorders at once and the influence of other variables that might not be possible in the context of other studies.”

The research is the first known large-scale transdiagnostic study of objectively measured sleep and mental health. Insomnia and other sleep disorders are common in people with mental illness, as previous research shows, including at least one study that used the same data set the team used for this project. .

The new findings add to this body of work, Wainberg said, and go beyond how long a person sleeps to the quality of sleep they get.

“We have found that measures of sleep quality seem to be affected more than just how long you sleep,” he said.

After excluding participants with faulty accelerometers and those who did not wear them during the entire 7-day study period, data from 89,205 participants (aged 43 to 79, 56% female, 97% Self-reported whites) were included. Lifetime psychiatric hospitalizations were reported in 2.5% of the total cohort.

Although the effect sizes are small, having a psychiatric diagnosis was associated with significantly lower scores on every sleep measure except sleep duration.

Researchers found similar results when they looked at patient-reported sleep metrics collected when participants signed up for the biobank, long before they agreed to wear an accelerometer.

â€œEveryone who has been diagnosed with mental illness in their lifetime tends to have poorer quality sleep, regardless of their diagnosis,â€ Tripathy said. “We didn’t expect to see this.”

The limitations of the biobank data precluded analysis by age and past or current use of psychiatric drugs. Additionally, the researchers were unable to determine whether the mental illness was active or under control at the time of the study. Information on these and other factors is needed to truly begin to understand the true state of sleep patterns in people with mental illness, the researchers note.

However, data from the biobank demonstrates how this kind of information can be gathered, helping Tripathy and others to design a new study to be launched next year with CAMH patients. This effort is part of the BrainHealth Databank, a project to develop a patient database similar to the UK one that was used for this study.

â€œWe have shown that you can use wearable devices to measure correlates of sleep and get information on objective sleep measures and relate them to the diagnosis of mental illness,â€ Tripathy said.

The study did not receive any external funding. Wainberg and Tripathy report receiving funding from the Kavli Foundation, Krembil Foundation, CAMH Discovery Fund, McLaughlin Foundation, NSERC and CIHR. Disclosures for other authors are fully listed in the original article.

Breaking down barriers to mental health care in Lebanon – Lebanon