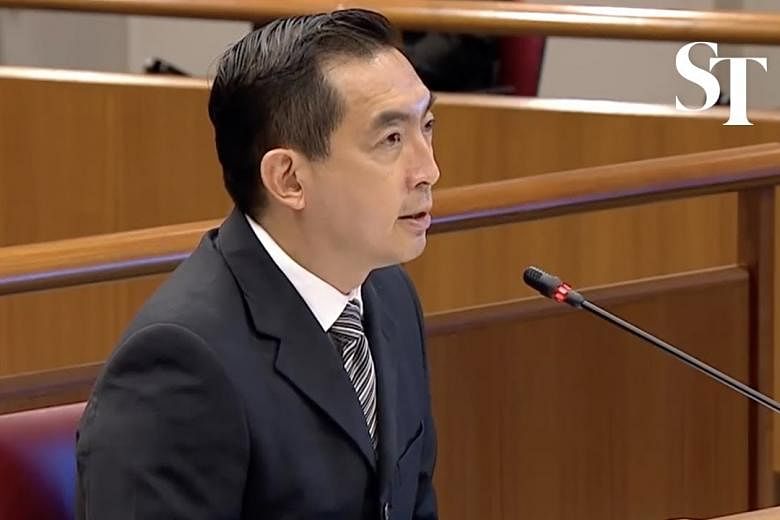 Raeesah did not suffer from mental disorders that predisposed her to lying: IMH expert

SINGAPORE – Former Workers’ Party MP Raeesah Khan did not suffer from any significant psychiatric disorder that would have affected her ability to speak honestly in parliament, a medical expert told the Privileges Committee on Wednesday (December 22).

Instead, Ms Khan was found to be “sane” and “mentally fit” and “present” to deliver the statements she made to Parliament and to the committee between August 3 and December 3, a said Dr Christopher Cheok, who is acting on an interim basis. Head of the Department of Forensic Psychiatry at the Institute of Mental Health (IMH).

In a sixth special report released by Parliament on Wednesday (December 22), Dr Cheok said Ms Khan did not suffer from any psychiatric disorder that would predispose her to lying.

Dr Cheok, a senior consultant at the OHI and a trained psychiatrist, assessed Ms Khan on December 17 and 20 with her consent, after the committee invited her for a psychiatric assessment.

This came after Opposition Leader and WP Leader Pritam Singh suggested in his testimony last week that the committee request a psychiatric assessment of Ms Khan, who he said may be predisposed to lying due to her condition. mental state of “dissociation” and that significant parts of his testimony before the committee may not have been reliable, the committee noted.

Other WP leaders – President Sylvia Lim and Vice President Faisal Manap – had also made several claims about Ms Khan’s mental state in their testimony before the committee, according to the report.

Subsequently, the commission decided to accede to Mr. Singh’s request for psychiatric expertise.

Ms Khan, who admitted in November to lying about an anecdote in parliament about a sexual assault, shared that she herself had been sexually assaulted.

In his testimony, Dr Cheok said it was a normal reaction for someone who had gone through a traumatic experience to continue to have some anxiety when talking about the subject. It did not mean that the person would be mentally deficient or incapable.

In Ms Khan’s case, while she may have continued to feel overwhelmed by some of these memories, her judgment and decision-making ability were not impaired and she was sane.

Dr Cheok also said Ms Khan did not have post-traumatic stress disorder and did not suffer from dissociation between August 3 and December 3.

In addition to the two occasions he assessed Ms Khan, Dr Cheok also interviewed her husband and reviewed relevant tapes of Ms Khan speaking in Parliament on August 3, October 4 and November 1, as well as her testimony before the committee on them. December 2 and 3. .

Asked about Ms Khan’s mental state on August 3 when she first mentioned the anecdote which contained untruths in Parliament, Dr Cheok said the speech was neither delivered impulsively nor in as a result of dissociation or a psychiatric disorder.

“Laughter only serves to remove the sting of tragedy” –…