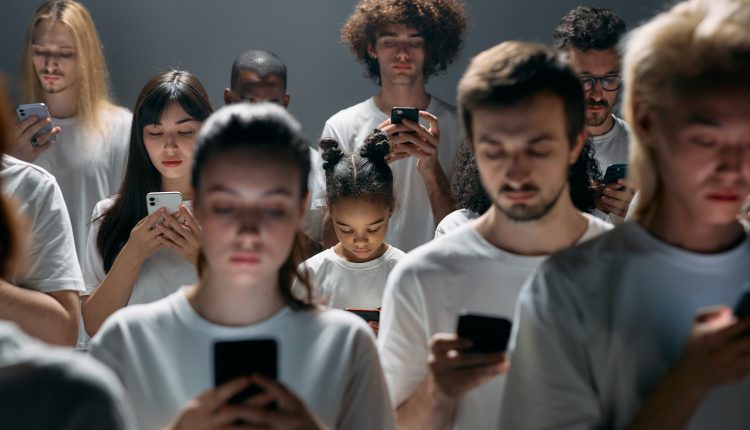 It describes the fear of being disconnected / offline / deleted from a technological device (smartphone, tablet, iPhone, PC, Notebook).

People with this syndrome seek constant and exaggerated contact with the technological device, which gives them the feeling of being in constant control of the situation.

This is because of the sense of security that comes with being reachable at all times and the work demands of a person who has to be on call almost 24 hours a day.

The risk of a simple pathological addiction in which one cannot do without an Internet connection and a cell phone and the fear of being disconnected can lead to experiences of anxiety and depression.

Very often, even the mere idea of â€‹â€‹being without a smartphone or technological connection device can generate discomfort, restlessness and aggression.

These feelings can also be associated with suicidal thoughts and / or behavior.

The term No Mobile Phone PhoBIA was first coined in England in 2008, during a study commissioned by the UK government to investigate the correlation between the development of anxiety spectrum disorders and overuse of cell phones.

The study further found that around 58% of men and 47% of women were affected by anxiety when disconnecting with their mobile phones (NOMOPHOBIA: NO MOBILE PHONE PhoBIA Sudip Bhattacharya, Md Abu Bashar, Abhay Srivastava and Amarjeet Singh , 2019).

It remains controversial to what extent nomophobia can be facilitated or influenced in any way by the presence of specific psychological variables and / or personological dimensions.

It becomes increasingly difficult to tell the difference between a person who becomes nomophobic as a result of a smartphone addiction, and a person who develops nomophobia as a result (triggering factor) of the co-presence of an anxiety disorder. .

Yet the emergence of the problem is taking on worrying proportions around the world.

These are among the psychological and behavioral characteristics that distinguish addiction from thoughtful and controlled smartphone use.

These are among the symptoms seen in a person suffering from nomophobia.

We specify that the people most affected are those belonging to the group of children and adolescents (Prevalence of Mobile Phone Dependence in Secondary School Adolescents, Chimatapu Sri Nikhita, Pradeep R Jadhav, Shaunak A Ajinkya, Epub nov 2015).

In some cases, treatment for nomophobia is still very limited.

It remains clear that for people suffering from Nomophobia, it becomes essential to reconnect with the real world, to re-establish real interpersonal interactions, and â€œvis-Ã -visâ€ connections (Reality Approach or Reality Therapy).

It is very important to indulge in practical and concrete activities such as painting, gardening, playing outside, all activities that can distract the nomophobic person from using the smartphone.

Recent studies published on the phenomenon:

The relationship between nomophobia and maladaptive coping styles in a sample of young Italian adults: insights and implications of a cross-sectional study

Temperament and characteristics related to nomophobia

The panic attack and its characteristics

Psychosis is not psychopathy: differences in symptoms, diagnosis and treatment

Management of mental disorders in Italy: what are ASOs and TSOs, and how do the interveners act?

Serginho reveals that he suffers from a mental disorder. “I am leaving TVI in tears”