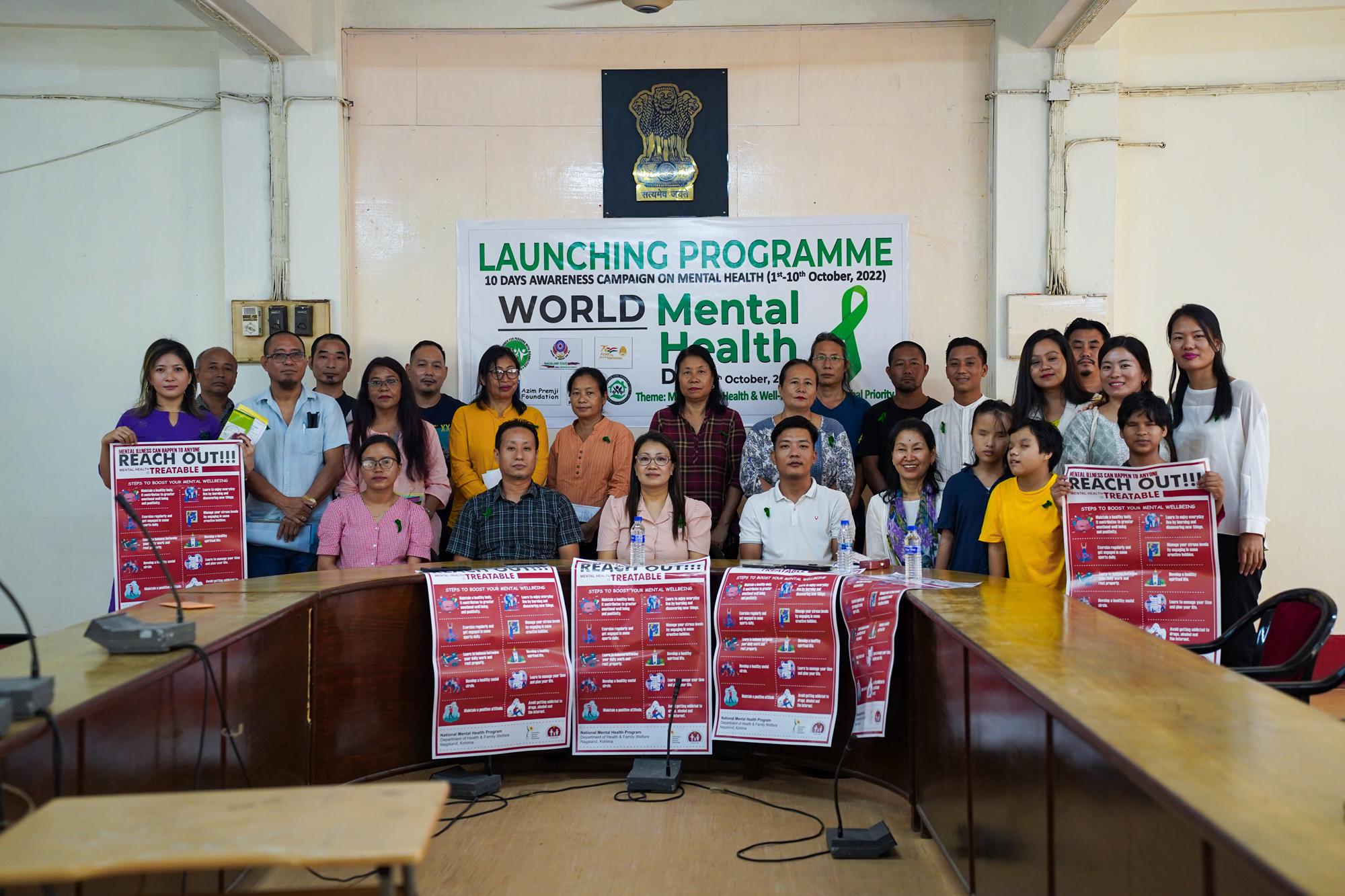 No investment in mental health in Nagaland, says psychiatrist

Nagaland’s mental health care and scenario is the same as it was 30 years ago when World Mental Health Day was first observed on October 10, 1992, he said at the launch of a 10-day (October 1 to 10) mental health awareness campaign at the Deputy Commissioner’s Boardroom in Dimapur.

Themed “Making mental health and well-being for all a global priority”, the program is jointly organized by the Community Mental Health Program (CMHP) Prodigal’s Home and the office of the State Commissioner for Disabled People, and supported by the district administration, the district mental health program, the district legal services authority and the Gracious Life Foundation.

The SMO pointed out that the occasion was celebrated in 2020 under the theme “Move for Mental Health: Increased Investment in Mental Health” but that there has been no investment in mental health in the state so far. ‘nowadays ; in 2021 the theme was “Mental Health in an Unequal World”, but in Nagaland there was no follow-up after the day’s observation.

However, he expressed hope that this year’s 10-day awareness program will have a positive outcome.

Dr Temsuyanger said it is important to set priorities so that “we can work on those priorities to talk about next year”.

The first priority is to set up a shelter in Dimapur, especially for the homeless, he said, adding that most of the homeless are “thrown away” by their own families. The shelter, he suggested, could be government-run or government-sponsored or NGO-run.

Another priority is the need for massive sensitization campaigns in all nooks and crannies of Dimapur, Niuland and Chümoukedima districts, with a collective effort and not just placing the responsibility on the health department, he said. .

The social welfare department should also launch such campaigns, he said, adding that “waiting for the government will not bring any results”.

Stating that the rationalization of inmates was another priority, he called on everyone to be actively involved in the provision of mental health care.

Additional Deputy Commissioner (ADC) Dimapur, Mhalo Humtsoe, said wellness and health are not the absence of disease, but both must enable people to cope with stress. About 80% of people with serious mental illness do not seek treatment, she added.

“The challenges faced by those involved in caring for people with mental illness are enormous, but the main issue and concern is the lack of resources while stigma and discrimination continue to be a barrier,” said she pointed out.

CDA urged the gathering to make themselves a priority even with day-to-day tasks so everyone can envision a world where mental health is promoted and protected.

Olivia Cooke had a nervous breakdown at 22