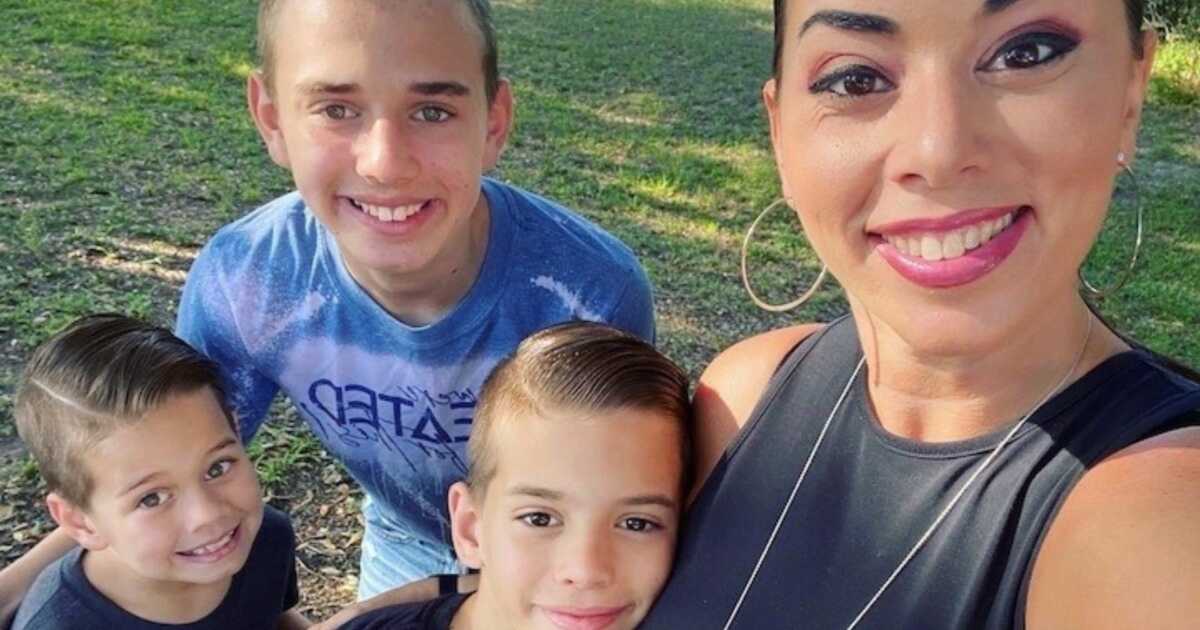 “If I had a dollar for every time I cried to myself thinking I was wrong as a parent, I could buy my kids something pretty expensive.

As a woman, I know that every mother deals with “mommy guilt” to some degree. We wonder if we did this or that right, or if we are just messing things up. We fight immensely for the smallest details that our children aren’t even upset about, and yet it’s an endless cycle. It only intensifies when you are a parent living with mental health issues.

As a young teenager I was diagnosed the Depression after crying every day and regularly thinking about suicide. I sincerely believed that I would not exceed 19 years. I don’t know why this age stood out, but it did. In eighth grade, I started having debilitating panic attacks that made me temporarily unable to open my hands or sit up straight. It was especially humiliating that this happened multiple times in the middle of my school day, and middle school kids can be cruel. I didn’t understand, so how could I expect them to? I felt like a freak show. I was then diagnosed with generalized anxiety disorder.

Several years later, after enduring childhood trauma, the abuse, the death of my parents and my brother, all the addictions in my life and incredible amounts of stress, I had a breaking point where my mind gave out. I never had it checked out, but I 100% believe I had a nervous breakdown. There’s only so much a body and brain can take, and my nervous system was in overdrive.

I lost it and couldn’t mentally function half as well as before. I lived in a cognitive fog, constantly waiting in fear for something bad to happen, my emotions continuing everywhere as I faced my life crumbling before my eyes. Through therapy, we picked post-traumatic stress disorder as the culprit.

In the midst of a life of mental turmoil, I gave birth to three beautiful little boys. I can’t even express the intense amount of love my heart radiated with the birth of each one of them. They gave me a purpose and an affection I never knew existed. They gave me peace in a life of chaos.

Even when I was going through abuse, it gave me hope that one day life would be different. Being called ‘Mom’ was the sweetest title I wore as a badge of honor. I wanted nothing more than to be the most present and caring parent possible, especially growing up feeling neglected.

I realized through my healing that perfectionism is one of my responses to trauma. I’m incredibly hard on myself and set the bar very high for everything I do. On the other hand, I act opposite to others, and that’s why I got into toxic relationships. So when I had a nervous breakdown and started exhibiting PTSD symptoms, I hated who I saw in the mirror.

I couldn’t control my lack of emotional regulation. I became like an animal stuck in a cage for so long that I started to fight for my survival. The problem was that my children had to go through this with me. I could not see, many nights, that they adored me despite my imperfections.

I wanted so badly to be better for them. I thought for so long that staying in a relationship with their father was the best thing for them, and in a heroic way, I martyred myself for them. I now know how to go out and show them stability was the best gift I have ever given them.

In leaving the abuse, there are so many obstacles a survivor has to overcome mentally, physically, and emotionally. I realized that I was going to have to go through all of this while raising three young boys almost alone. It was overwhelming and intimidating, but I loved them more than the fear of whether I had the mental toughness to do it or not.

In those dark times when my Mental Health was broken, I saw these three little boys persevering and even encouraging me. They were resilient and gave me the courage to keep fighting. They had their own hurts and struggles during this time as they lost their father in many ways, but they never stopped telling me how much they loved me.

Many days were ugly. I mean, ugly. I screamed more than I care to admit. They saw me cry countless times, even when I tried to hide it. But then some days were filled with beauty and success. Gradually, with God by my side, I began to peel back the layers of this unresolved trauma that had trapped me for so long, and they saw a woman overcome incredible odds to get her life back. They were proud of me, and that meant everything.

If you are living with diagnosed or undiagnosed mental health issues as a parent, I want to start by telling you that you are not alone. Many parents endure this every day, whether it’s depression, anxiety, eating disorders, bipolar disorder, PTSD, and more.

We wouldn’t guess if a mom or dad had cancer or heart disease, but for some reason the stigma of mental health issues can make us think we’re inadequate or weak if we’re struggling with something on our mind. . We need to start changing the mental health narrative, and it starts from within.

God cares about your spirit. He created the brain that you might think isn’t working the way it should. He knows you inside and out, and when he made you a parent, he believed you were special enough in his eyes to create life. Don’t beat yourself up if you’re living with a mental illness. Find ways to heal, cope, and treat it.

Your children see your heart as Jesus does. Some days may be better than others, and that’s okay. There is no blueprint for how to raise children no matter where you are from. Raising children while living with mental health issues is not easy, but God gives us the grace daily to overcome it and to love our babies. After all, he is the perfect example of a father’s love for his children. We are his children, and he is always there to nourish, comfort and love us.

In case no one else has told you today, you are doing a wonderful job. Moms and dads, we are in the same boat.

This story was submitted to Love What Matters by Dana Rutherford. You can follow his journey on instagram and she Blog. Submit your own story here.

Mom of 8 details rediscovering herself in motherhood, transforming her mental and physical health

“One of my students pulled me aside and asked if I was okay. “You are not yourself.” I felt like I was floating.’ : Mom shares her journey with mental health and sensory overload

Do you know anyone who could benefit from this story?TO SHAREthis story on Facebook to let others know that a supportive community is available.