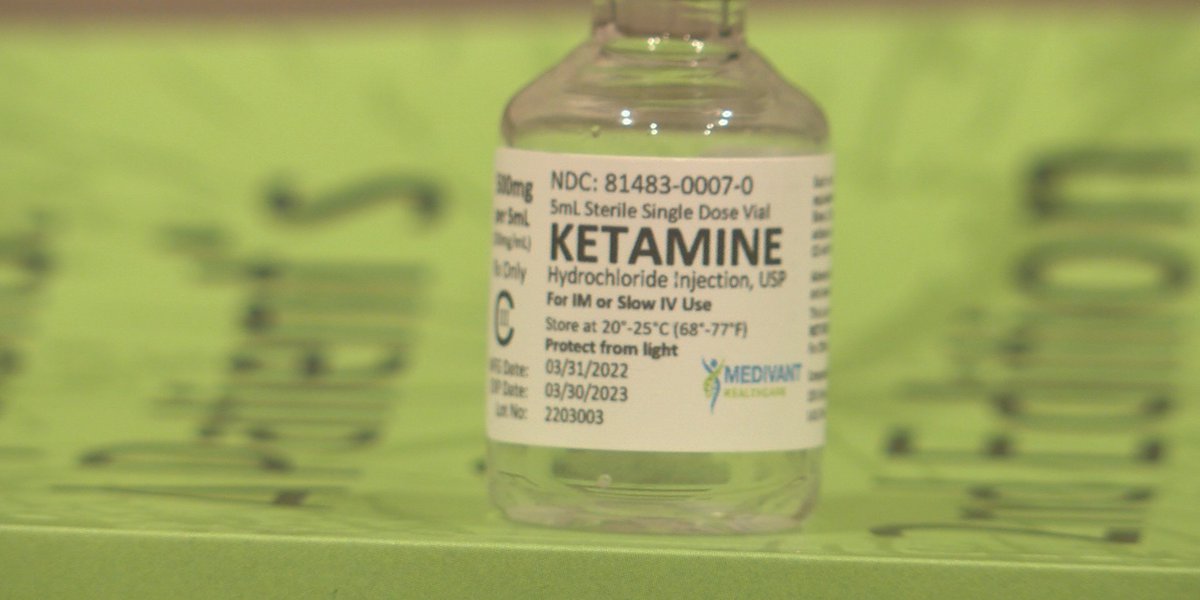 Midland, Texas (KOSA) – Millions of Americans suffer from depression, and many of them don’t respond to traditional treatments like antidepressants.

What was once known as an animal tranquilizer and even a party drug is now being used as an effective treatment for some West Texans.

Ketamine was approved by the FDA in the 1970s for use as a sedative in operating rooms for surgical pain.

Recently it has been used for treatment resistant depression, PTSD and anxiety.

Ketamine treatments are in the form of an infusion and can actually repair the brain.

“Our traditional anti-depression medications control our symptoms while ketamine can actually be neuro-reparative to repair the functioning of neurons” Tammy Vaught, Senior Clinician and Owner of the Ketamine Clinic of West Texas.

Sanity Infusion is done in a series of treatments, not all at once.

This is a 9 week process. Each infusion builds on the previous one.

Patients may never have to return after the initial series, but sometimes patients with severe illnesses return every two months for a booster infusion.

For some patients, Covid has worsened their symptoms of depression and anxiety and made it difficult for them to be motivated and find purpose.

Some of the clinic’s patients, like Jessica Nosek, have tried different medications for mental illness.

Nosek knew someone who did the infusions who told her she should try it and see if it would help her symptoms.

“After 4 infusions, I woke up one morning and it was all gone. The despair was gone. I got out of bed, brushed my teeth, took a shower and got dressed” Jessica Nosek, patient care coordinator for the West Texas Ketamine Clinic and former patient.

For some people it may not seem like a big deal, but for someone who is in pain.

“While you’re on a drip, you really have this opportunity to focus and go into your mind and process those things that weigh so heavily on you,” Nosek said.

This treatment is not covered by most insurance, so prices can range from $350 to $1200 per infusion appointment.

The Ketamine Clinic welcomes patients between the ages of 13 and 85.