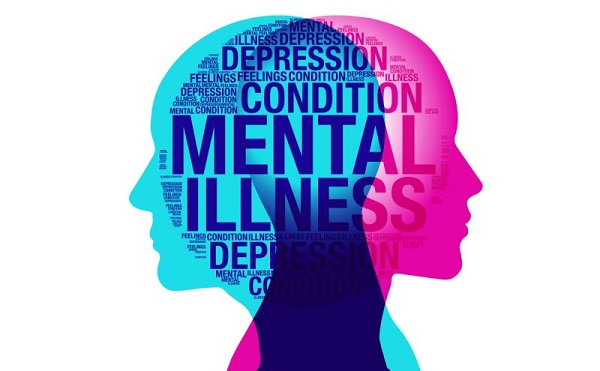 Ghanaians are not only suffering from economic inflation but also from mental health inflation, said National President of the Psychological Association of Ghana, Dr. Collins Agyeman Badu.

According to Dr. Badu, recent media reports of deviant behaviors and behavioral addictions among young people attest to the fact that all was not well.

A report in the Daily Graphic on August 16, 2022 and the Ghana News Agency (GNA) online on August 15, 2022 published statements made by Dr Badu during the launch of Ghana Psychology Week celebration in Accra.

“Developing psychology and its practice in the post-pandemic future: reaching out to the vulnerable,” was the theme of the event.

“There is definitely mental health inflation in Ghana. The young, the middle-aged, the near-retirees, the elderly and all of us continue to face one mental health challenge or another,” Dr Badu said.

“Haven’t we heard of behavioral addiction pervading our institutions of higher education, especially students grossly indulging in addiction to pornography, betting and gambling and becoming addicted to excessive use social media?

“What about other issues like rape and student riots? Indeed, we can say that there is a problem.

“Imagine the mental health of security guards or security service personnel; if it’s compromised, what happens to us?

“Aren’t we sure that the mental health issues that some of our drivers are facing could be one of the reasons road accidents are happening?” he asked.

The Ghana Psychological Association, according to Dr. Badu, would prioritize research into some of the country’s problems to understand the psychological underpinnings of the problems and come up with solutions.

Of note, according to the GNA report, Dr. Badu attributed the mental health issues to stress, anxiety and job loss due to the COVID-19 pandemic and the high level of unemployment in the country.

What Dr. Badu would have mentioned as the causes of the increase in mental illness in Ghana today is already known.

Post-modern psychology, sociology, and anthropology have shed light on some of the mental, psychological, and spiritual health issues currently facing humanity.

I remember names like Alvin Toffler, an anthropologist, on Future Shock; the Reverend Elizabeth Clare Prophet, a metaphysician, on the coming revolution in higher consciousness; and Maharishi Yogi Mahesh, mathematician, physicist and metaphysician, on the science of creative intelligence.

I suggest that the Ghana Psychological Association should, in addition to the known causes of mental illness, broaden its research efforts to include the preventive and curative solutions offered by the aforementioned experts.

The advent of the third industrial revolution with the information revolution and the emerging information society have been investigated by futurists, psychologists, sociologists and anthropologists.

Alvin Toffler had, for example, studied the information revolution created by fantastic feats in research and inventions in the field of information and communication technologies (ICT).

For the first time, the inventions of ICT allowed man to communicate with another man by means of the personal computer and the mobile phone – very quickly and over long distances.

The information revolution has also made it easier to create and access information and knowledge quickly and at little or no cost.

The first and second industrial revolutions had their notable psychological effects.

The Third Industrial Revolution also created its own side effects.

In his study of the side effects of the information revolution, Alvin Toffler wrote about how Americans reacted or responded to what he described as “information overload.”

Toffler observed that in Americans’ attempts to deal with sudden increases in the flow of information, they resorted to certain escape routes.

Toffler defined Future Shock as “a certain psychological state of individuals and entire societies. It’s a personal perception of too much change in too little time.

He noted that “the biggest problem facing future generations will be our ability to adapt to the accelerating pace of change.”

“The peoples, institutions, and civilizations of the world that have failed to keep abreast of the new flow of information will decline rapidly,” predicted Alvin Toffler.

He was the author of several books on the side effects of the information revolution and had made projections, many of which came true.

Should Future Shock, also known as Culture Shock, be of concern to psychologists?

Future Shock is an anthropological, sociological, metaphysical and psychological problem.

What affects the mind negatively can cause problems for a person’s body and soul.

So some psychologists got worried and observed and investigated Future Shock and talked about and wrote about it.

For example, Dr. Bruce Wilson (PhD.) of Mental Care in Australia wrote an article, “Back to Future Shock”, published in The Psychologist online.

He noted that “psychologically overwhelmed people are marked by confusion, anxiety, instability, and withdrawal into apathy.”

“Today, anxiety disorders are the most common mental illness in the United States – affecting some 40 million adults,” he added.

Regarding those who deny Future Shock, Dr. Wilson quoted Toffler as stating that “the person in denial is not able to accept change and believe that all evidence of change is incomplete and superficial”.

“Holication deniers are preparing for personal catastrophe because they will eventually be forced to adapt to the denied change which may take the form of a massive life crisis,” he said.

In his article, Re-reading Future Shock, 50 Years On, published online, Andrew Curry writes that “change is a process by which the future invades our lives”.

“It’s a roaring current, so powerful today, that upends institutions, upsets our values ​​and shrivels up our roots.”

Future Shock, according to Toffler and Andrew Curry, “is no longer a distant potential danger, but a disease that a growing number have already suffered from”.

“Millions of psychologically normal people will face a brutal collision with the future.

“There is an accelerating pace of change that sometimes makes reality feel like an expansive kaleidoscope.”

Mobile phone and personal computer use is now global.

Since its inception, all nations of the world have changed and adopted computers and mobile phones as tools to achieve rapid social and economic development.

Ghana has since the early 1990s started to digitize, digitize and gradually computerize the economy to achieve rapid development.

Sectors of the economy including commerce, industry, banking, executive, legislative and judicial branches of government, health, transport, housing and others have been or are in the process of being computerized.

Are not all these processes of computerization accompanied by rapid changes and side effects that may affect the mental health of Ghanaians as has happened elsewhere in the world?

E-mail: This email address is protected from spam. You need JavaScript enabled to view it.

Dr. Tom Insel, former NIMH director and chief mental health officer, reacts to the rising tide of loneliness, which affects 35% of older adults, ahead of a Wisdo Health panel discussion