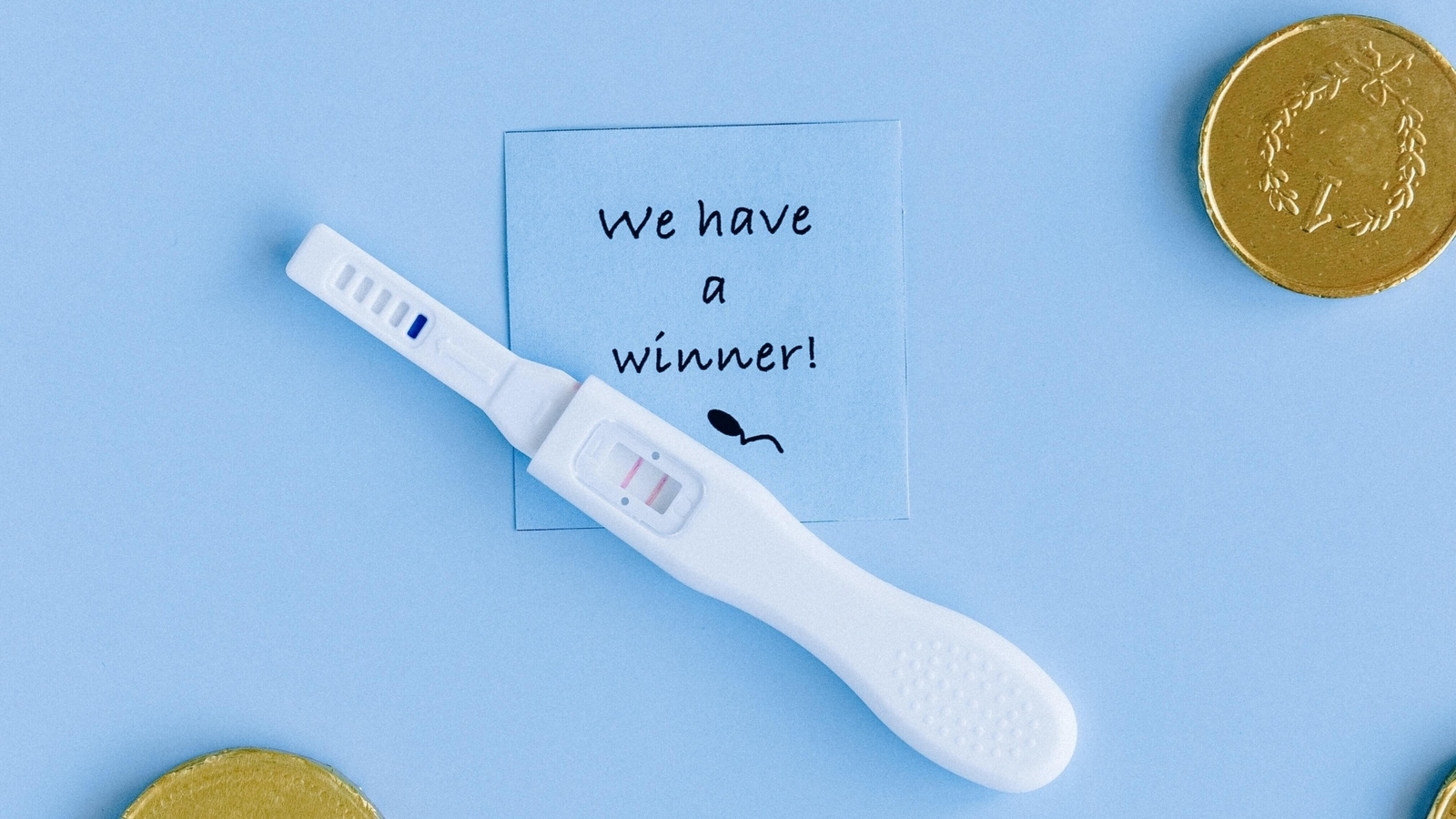 The taboo and restrictive conversation around sexual and mental health makes it difficult for people to talk about these issues and seek help when needed, because whether it’s low libido, lack of orgasms, erectile dysfunction or premature ejaculation, these issues are not treated in a holistic way. Often poor sexual health like vaginismus, endometriosis in women is caused by trauma and abuse, while men with poor sperm health may experience low libido and premature ejaculation etc.

All of this works in tandem with the mental health of an individual as if he is unable to satisfy his male or female partner then this causes various mental health issues like depression, anxiety leading to hopelessness and suicidal ideation due low self-esteem and shame. The mind and the body are connected through the vagus nervous system, so it is imperative to focus not only on physical wellbeing, but also on sexual and mental wellbeing, as the two are closely linked.

Infertility in the Indian context is a medical condition with societal consequences and as such, couples and individuals suffering from infertility exhibit mental health issues. Some of the feelings reported by infertile people include anxiety, depression, feelings related to losing control of their life, and a drop in self-confidence and self-esteem, while they may also feel isolated and alienated because of their condition.

These feelings have been reported by both men and women, but there is a silent socially imposed shame on men, with questions being asked directly about their masculinity. The fear of being infertile is so deeply ingrained that it might deter them from getting tested and so the woman in most cases faces the brunt of the situation.

In a study published in Fertility and Sterility (2016) with 352 women and 274 men opting for infertility treatments, depression was found to be as common as 56% of women and 32% of men. No less than 76% of women and 61% of men said they had felt anxious. These symptoms in women with infertility have been compared to patients diagnosed with hypertension and cancer.

In an interview with HT Lifestyle, Dr Roshan Jain, Consultant Psychiatrist at Apollo Hospitals Bangalore, said, “Sexuality and sexual health is an important aspect of the quality of our lives and our relationships. Any mental health problems or psychological problems remain the most important risk factor for sexual dysfunction or disorder. The neurobiology and symptoms of many illnesses such as anxiety and depression can lead to many hallmarks of sexual dysfunction. Loss of libido or interest in sexual activity is strongly linked to depression. Similarly, premature ejaculation, erectile dysfunction, lack of arousal, and fear of intimacy can be underpinned by an anxiety disorder.

He added: “Physical or sexual abuse and trauma can be linked to a wide range of interpersonal emotional and psychological issues, therefore impacting intimacy and sexual contact. Finally, many medications used for mental problems such as antidepressants and antipsychotics can negatively impact sexual function. According to the definition of the World Health Organization (WHO), health is nothing more than physical, psychological, social and spiritual well-being. I think it can be added that good sexual health is equally important for one’s emotional and interpersonal well-being. Spirit and body are eternally connected. And so are biology and psychology. Investing in one is likely to have a positive impact on the other.

Echoing the same, Dr Kersi Chavda, a psychiatrist at PD Hinduja Hospital, Khar in Mumbai, explained, “When we talk about mental health and sexual disorders, it goes both ways. Sexual problems can lead to depression and mental health and the reverse is also true. Mental illnesses such as depression, anxiety, bipolar disorder, etc. affect the sexual health of many people. In addition, sexual health has various components and each requires special attention. Depression can lead to a lack of desire to have sex. This can be a long term concern as the individual feels they are beginning to feel a kind of numbness and a feeling of not enjoying sex anymore.

According to him, “In some cases, performance anxiety leads to delayed or premature ejaculation, in which an individual may dread or fear that there may be performance failure. Another psychiatric condition (not as reported as ‘she probably should be) is the fetish where a person is aroused to have sex in response to an object or clothing that their partner is wearing such as shoes, thongs, leather blouse, locket, etc. If one is psychotic or has bipolar disorder, he/she may have either decreased sexual desire or increased sexual desire during both, which can cause problems.Secondly, medications, especially for hypertension, anti-diabetics and certain psychiatric drugs, can also affect sexual health as they could reduce libido.

Talking about what one does in such scenarios, Dr. Kersi Chavda recommended, “In such scenarios, it is always advisable to consult your doctor. During the medical examination, the doctor will try to assess and understand the main cause of the disease. The evaluation will help conclude if the condition is due to the medications or if it is related to the underlying condition itself. During the diagnosis, if it is found that the drugs lead to a decrease in sexual desire, the doctor will gradually change the dosage of the drug according to the patient. Also, in many cases, doctors opt for a combination of medication and psychological methods (like fantasy techniques/compression method, etc.) to treat the disorder. A combination of both, medication and therapy, helps in improving overall sexual health.

Adding to the list of advice on what can be done, Dr Ajith Partha, MBBS, DPM (Diploma in Psychiatric Medicine) at Kindly said: “A trend I have seen is that after Covid-19 many men started talking about these issues and seeing a doctor. It is important to create safe spaces and communities where both children and adults learn about unprotected sex, fertility issues, etc. The most important step is to seek help and get checked regularly. For example, regular semen analysis, fertility testing, and consultation with a physician-recommended specialist are essential, and there should be a collaborative effort between the patient, the physician, and a mental health professional.

He pointed out: “Often with poor sexual health it can lead to low energy, fatigue and stress leading to serious physiological disorders like hormonal imbalance, infertility, tumors, infections, diseases sexually transmitted and immune disorders. So if you think that sexual, physiological and mental disorders are all closely related to each other and need equal attention. Ignoring the problem will further compromise his health.

Affirming the flip side that sexual disorders can be caused by mental health issues that one faces, Dr. Kshitiz Murdia, CEO and co-founder of Indira IVF, said: a mental illness or mental distress that manifests itself as a social behavior, leading to sexual dysfunction in the individual. Additionally, the therapy or medications one takes can also impact their sexual function. It has also been observed that there is a co-relation between the adoption of an unhealthy lifestyle and the presence of mental health disorders. In people facing complications of their infertility due to mental disorders and vice versa, a few proactive initiatives can help limit their consequences.

He advised, “Maintain a scientific and medical mindset while dealing with both mental and sexual disorders. One should pay attention to the symptoms associated with both and not neglect them as this will only aggravate the extent of the disease. With this understanding, one should approach a competent doctor in order to take remedial measures. One should speak with an infertility specialist, psychologist or psychiatrist for the same, as appropriate. Individuals are advised to incorporate healthy habits into their daily lives, as well as follow an engaging schedule. This includes inculcating a balanced diet, physical activity, and activities that one enjoys. Quitting unhealthy habits such as drinking alcohol and smoking can help. There are many therapies available that help people quit smoking and alcohol consumption that contribute to sexual disorders.

Someone is having a nervous breakdown in public. What is the compassionate way to respond?