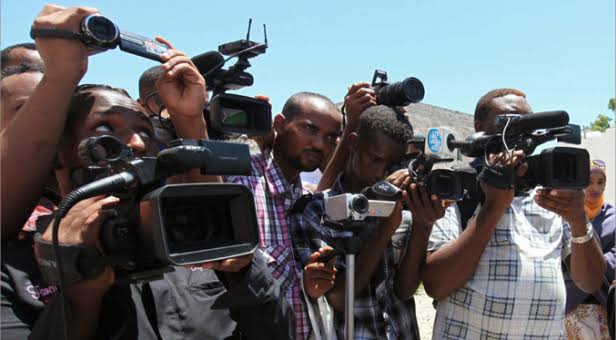 The theme of the conference was: “Safety and Health of Nigerian Journalists: Emerging Consideration”.

He said journalists should be careful about their mental health as the nature of their profession could predispose them to certain types of mental health problems.

He said studies have shown that journalists can suffer precarious trauma, which can lead to other mental health issues if not identified and treated early.

According to him, by reporting on horror/war events, situations of insecurity or violence and constantly surfing the Internet in search of information, journalists were sharing other people’s traumas, which could affect their Mental Health.

The psychiatrist listed change in appetite, fatigue for no clear reason, anxiety, depression, substance abuse, mania and headaches as physical signs that could indicate an individual was on the verge of developing a precarious trauma.

“Without a doubt, journalists are always at the center of the risks of insecurity by the nature of their profession.

“But thanks to technological progress; in the comfort of your room and with smartphones, journalists can report situations of violence without necessarily exposing themselves to the risks of insecurity/violence.

“The first step is to pay attention and self-monitor; pay attention to changes in your emotions, behavior, interactions, and physical sensations.

Represented by NAN Chief Operating Officer in Lagos, Ephraim Sheyin, Mr. Ponle said that NAN had prioritized health, which resulted in the establishment of the Health and Gender Office to report on the health concerns regarding Nigeria.

“Currently, in Abuja, the agency has expanded the health clinic, which is run by a doctor and soon we will do the same in the Lagos office.

“The idea is to ensure that all staff have access to quality health care.

“For the insecurity plaguing the country, I pray that security officials, including the journalist, will do everything possible to address it.

“As journalists, we don’t have weapons but we have pens; so, let us use our pen to protect the country, while promoting its peace and unity,” said Mr. Ponlé.

In his remarks, Mr. Ajayi said journalists were always busy and rarely took time for themselves.

He said journalists should be protected and supported by the government and citizens.

According to him, journalists face deadlines, overflowing inboxes, poor pay and benefits and sometimes no pay at all.

“Work-related stress can manifest itself in many symptoms of physical fatigue, sleep disturbances, headaches, muscle tension and heart palpitations.

“Work-related stress is a ‘silent killer’ if left untreated, judging by the severity of its symptoms.

“The question of the remuneration of Nigerian journalists is therefore crucial.

“It is the government’s responsibility to protect journalists and indeed all Nigerians, while ensuring an enabling environment for them to carry out their duties.

“The government and its agencies have a duty to ensure that those who commit crimes against media workers and any other segment of society are brought to justice to stem the reign of impunity,” Mr. Ajayi said. .