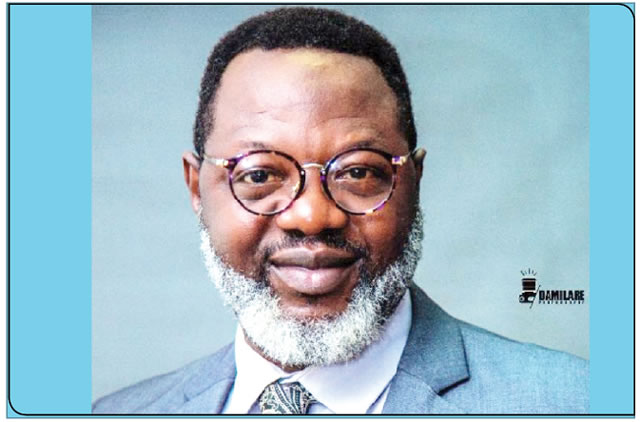 Intense hunger, lack of sleep can cause mental disorders – Expert

Dr Omotayo Ajirotutu is a consultant clinical psychologist. Talks to TOBI APORINDE about the Causes and Treatment of Psychosis, a Mental Disorder

Psychosis is a serious mental disorder in which thoughts and emotions are so altered that contact with external reality is lost. It also refers to a loss of contact with reality, during which hallucinations (sensory experiences that seem real but are created by the mind) or delusions (fixed or false beliefs that conflict with reality) may happen. Psychosis can occur as a result of a psychiatric illness such as schizophrenia.

The cause of psychosis can be different for everyone. It can be triggered by a few factors like physical illness or injury. Having a high fever, head trauma, Alzheimer’s disease, or Parkinson’s disease can lead to hallucinations or delusions. Another cause is abuse or a traumatic experience, using recreational drugs (marijuana, cocaine, methamphetamines).

It can also be a side effect of certain medications prescribed, or if a decision has to be made to stop taking psychiatric medications for many reasons, for example if the side effects are more of a problem than the benefits you found in. taking them; if you don’t like the way the medications affect you or how they make you feel, if your medications keep you from doing the things you want to do, if you have found other ways to cope or treatments that help you, what you feel is enough; or your mental health has constantly improved for a long enough time that you don’t feel like you need this medicine anymore.

Severe hunger, low blood sugar, and lack of sleep can also cause psychosis. People who have recently been grieving may report that they can hear the deceased talking to them. People with a family history of psychotic disorders such as schizophrenia have a slightly increased risk of developing psychosis. There is no single gene that causes psychosis, but a few different genes can increase the likelihood of developing it. Psychosis can also be a symptom of various mental illnesses like anxiety, depression, schizophrenia, bipolar disorder, OCD (obsessive compulsive disorder), etc. The death of a loved one, sexual assault, or war can lead to psychosis. The type of trauma and how old you were when it happened also play a role.

What symptoms does a person with psychosis have?

Symptoms include things like hallucinations of different kinds. Hallucinations are sensory experiences that seem real but are created by your mind (seeing, hearing, smelling, tasting and feeling things that are not there).

Are the symptoms the same in children?

Symptoms of schizophrenia in childhood are the same as in adults, but the degree of impairment tends to be greater when symptoms appear early in life. Although the symptoms are the same in children and adults, children hear more voices. Children also do not tend to have delusions or formal thought problems until they are teenagers or older.

How is psychosis diagnosed?

Psychosis can be diagnosed by psychiatric or psychological evaluation. A doctor or psychologist will monitor the person’s behavior and ask questions about what they are going through. Medical tests and x-rays can be used to determine if there is an underlying disease causing the symptoms.

Is it true that dissociation and personality disorder can be confused with psychosis?

Yes, dissociation and personality disorder can be (misdiagnosed as psychosis) and have been confused with psychosis. Dissociation is more about fragmented identities that have their own history, identity and ways. Each identity can have its own false beliefs and thought patterns. Whereas with psychosis, although these beliefs exist, they are not separate identities. Both conditions also involve the individual feeling of detachment from the world around them, which is a major component of both. This can lead to confuse them with each other.

Are there any risk factors associated with psychosis?

Yes, there are risk factors for psychosis. They include genetics, abnormal fetal development, early drug use (such as marijuana before the age of 13), abnormal cognitive development (low intelligence quotient), maternal malnutrition and stress, head injuries, traumatic life events, drug or alcohol abuse, etc.

Although psychosis can be triggered by drug and alcohol abuse, not all people who abuse drugs or alcohol are at risk for schizophrenia or bipolar disorder. About three to four percent of people addicted to alcohol suffer from psychosis. Those at risk are often regular drinkers or have an alcohol use disorder. If a person is at risk for developing mental health problems, the use of substances such as alcohol, nicotine, cocaine, and cannabis can lead to an earlier presentation of psychotic symptoms.

How prevalent is psychosis in Nigeria?

In a study of a representative community in Nigeria, a prevalence of 2.1 percent was found. Men had a significantly higher life rate than women. Visual hallucinations were also found to be the most common psychotic experiences, followed by hearing, thought control, and thought insertion. There is also an earlier onset in men compared to women. The average age of onset is 25.8 years.

Yes, people with a parent or sibling who has the disease are more likely to develop psychosis. Children born with the 22q11.2 genetic mutation deletion syndrome are at risk of developing a psychotic disorder, particularly schizophrenia.

Is it possible for a person with psychosis to make a full recovery?

It is possible to recover completely from a psychosis. However, if left untreated, they could be at a higher risk of developing schizophrenia or another psychotic disorder. Sometimes psychotic symptoms go away quickly and people return to normal life. Other people take several weeks or even months to recover.

How to treat psychosis?

Psychosis can be treated with antipsychotics. They work by blocking the effect of a chemical in the brain called dopamine. Antipsychotics can usually reduce feelings of anxiety within hours of use, but they can take several days or weeks to reduce psychotic symptoms, such as hallucinations or delusional thoughts.

They can also be treated with psychological treatment such as cognitive behavioral therapy. CBT for psychosis is based on an understanding of how people make sense of their experiences and why some people have them. Family intervention is also a way to treat psychosis. It is known to be an effective form of therapy for people with psychosis. It is a way to help both the affected person and their family cope with their condition. After having an episode of psychosis, the person can rely on family members for care and support. While most family members are happy to help, the stress of caring for that person can put a strain on any family.

Family therapy is a series of meetings that take place over a period of three months or more. Meetings may include a discussion of your condition and its potential course, as well as available treatments, exploring ways to support someone with psychosis, deciding to resolve practical issues caused by psychosis, such as planning for the management of future psychotic episodes.

What is your advice to loved ones caring for people with psychosis?

One key thing to remember is to practice self-care. The burden on informal caregivers can be dangerous if left untreated. It can lead to burnout, anxiety, depression or mental fatigue, which can make the person vulnerable to the development of mental illnesses. It can also include finding therapy for yourself. Be yourself. This will help the person to trust you and possibly listen to your suggestions. Family intervention can help the whole family understand what the person with psychosis is going through and identify what is useful and unnecessary for them and you. When your loved one is feeling well, you may want to discuss and plan how you can help them with a crisis. It can help if your loved one feels able to discuss their feelings and options with someone who is calm and supportive. Listen to their experiences and ask them what might help them. The information can help you better understand psychosis.

All rights reserved. This material and any other digital content on this website may not be reproduced, published, broadcast, rewritten or redistributed in whole or in part without the express prior written permission of PUNCH.