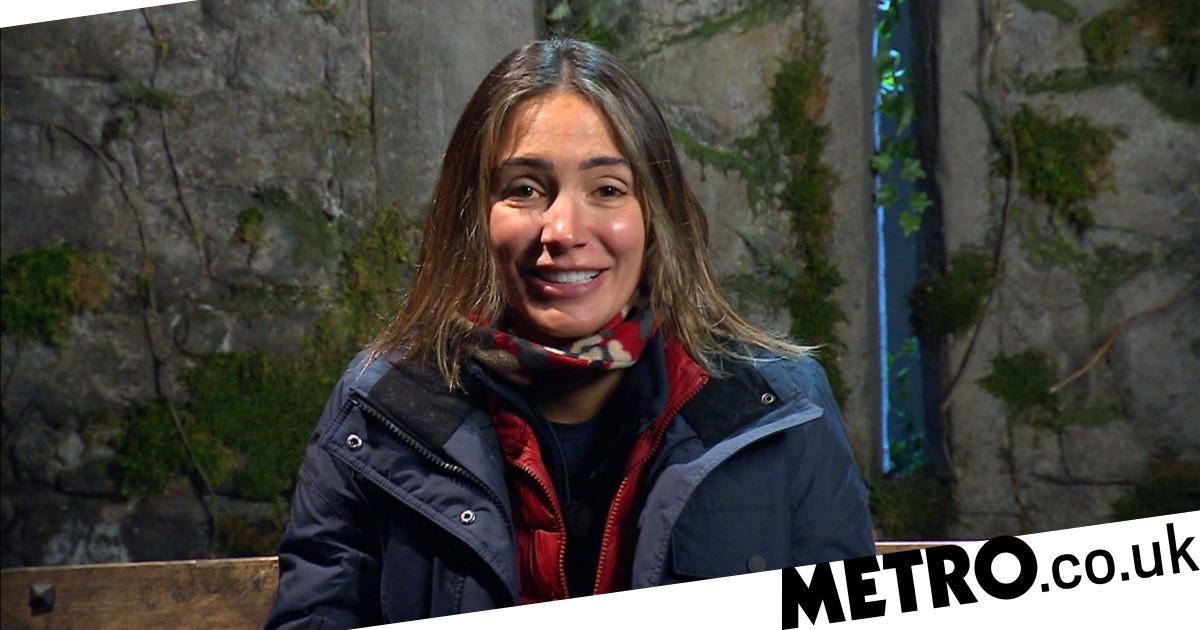 I’m a celebrity 2021: Frankie Bridge opens up about nervous breakdown

To view this video, please enable JavaScript and consider switching to a web browser that
supports HTML5 video

On Friday’s episode of I’m a Celebrity… Get Me Out of Here !, Frankie Bridge opened up about her mental breakdown she suffered at age 21, revealing that it was “a really fond memory” when she finally got the treatment she needed.

Speaking to fellow campmate Matty Lee, the Loose Women panelist – who is set to make millions once the series is over with plenty of lucrative offers – recalled that she had been through a bad breakup back then which was ” really public and everyone was really horrible ‘.

She explained: ‘I was with Wayne [Bridge, her now-husband], I was able to function at work, but then I would come home and could not function. Just cry all the time. I didn’t want to be alive anymore.

In The Telegraph, she admitted that she realized it was “a bit shocking” for people to find out that it had happened to her at such a young age, but that she “wasn’t afraid to talk about it.”

Speaking with Matty, Frankie explained how it was Wayne who sought medical help on her behalf, but she was still initially engaged with her band The Saturdays.

She said: “I had a clip we were supposed to shoot in Iceland. My manager said, ‘OK, let’s do this last thing, then let’s go.” Neither girl knew at this point. So I went to Iceland I made this video and then I knew when I landed – there are pictures of us at the airport – I knew I was going straight to the hospital when I got back. Wayne me drove, dropped me off.

Matty remarked, “It’s a huge eye-opener and you have to have these conversations because without conversations you don’t learn, you never know what’s going on.”

Frankie went on to explain that she had fond memories of her treatment in the hospital, as she no longer had to “pretend to be happy”.

“You think I would really feel, like I would hate it, but actually it’s a really great memory,” she said.

“It was the first time in years that I felt really relaxed, I had nothing to hide. Everyone was on medication, everyone was in therapy, everyone had a problem. I didn’t have to pretend to be happy all the time. Being in the hospital was really a breath of fresh air, but it’s a young age to have a nervous breakdown.

Following: I am a celebrity

Elsewhere in the episode, Matty was busy with trials as he undertook both the Castle Coin challenge with Adam Woodyatt and an essay dubbed Lethal Latrines.

The Bushtucker trial saw him sit in a sinister tub full of offal and mud and go splashing around for the stars.

I’m a celebrity… Get me out of here! continues Saturdays at 9 p.m. on ITV.

Do you have a story?

If you have a celebrity story, video or photos, please contact the Metro.co.uk Animation Team by emailing us at [email protected], calling 020 3615 2145 or by visiting our Submit page love to hear from you.

What is a nervous breakdown and when to seek help

How I got over a nervous breakdown in just 7 days