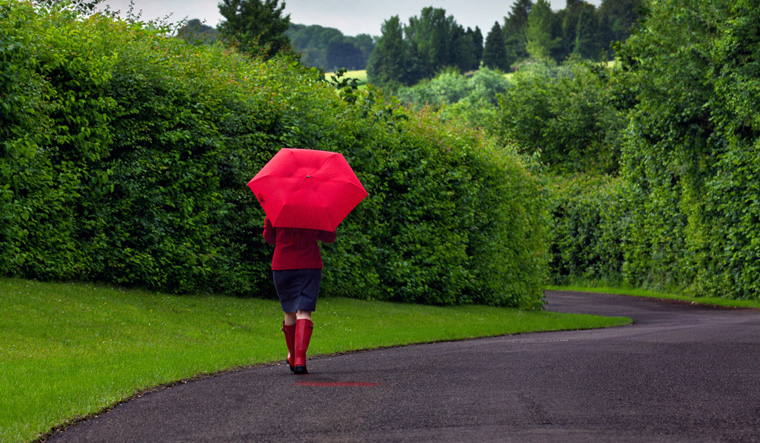 Trees, grass and greenery reduce the risk of mental health problems. This is a lesson planners need to learn.

According to Danish researchers, children who grow up surrounded by trees, grass and green spaces are less likely to develop mental illness later in life.

Their findings, involving almost a million Danes, were more than an interesting correlation: the risk of mental health problems varied directly with the amount of green space a child had. As more people move to cities and mental health diagnoses appear to rise, the findings could be relevant for urban planning.

More than 450 million people suffer from a mental disorder, according to the World Health Organization. And that number is expected to increase. In some places, urban residents have an almost 50% higher risk of developing mood and anxiety disorders compared to their rural counterparts, and the risk of schizophrenia is 200% higher for children growing up in the environments the most urbanized.

Contact with nature has long been linked to better mental health, which is why sanatoriums and hospitals are often found in green surroundings. Living in a greener environment is believed to improve physical and mental health by promoting physical activity, increasing psychological restoration and recovery from stress, and strengthening social connections in neighborhoods.

Researchers from Aarhus University used satellite data from 1985 to 2015 to map the amount of green space around Danish childhood homes. Since Denmark collects detailed data on the health of its citizens, the researchers were able to compare this data with whether children developed any of 16 mental disorders later in life. 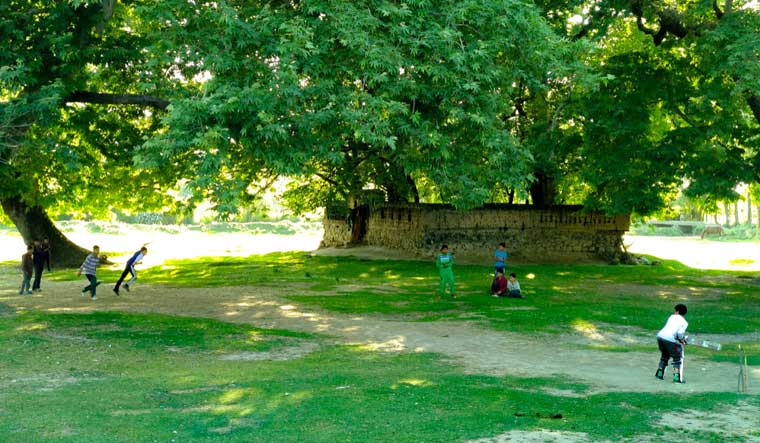 Children surrounded by the greatest amounts of green space had up to a 55% lower relative risk of developing a mental disorder, even after the researchers adjusted for other known risk factors such as socioeconomic status, urbanization and family history of mental disorders. The more green spaces a child had, the lower the risk of poor mental health.

This dose-dependent relationship was present throughout the country and in the Danish population, indicating that the association is more than just a correlation. Taking into account people moving to and from more urbanized areas, research has also shown that the risk of developing a mental disorder decreases with the length of time a child is surrounded by green space from birth to toddlerhood. 10 years old. 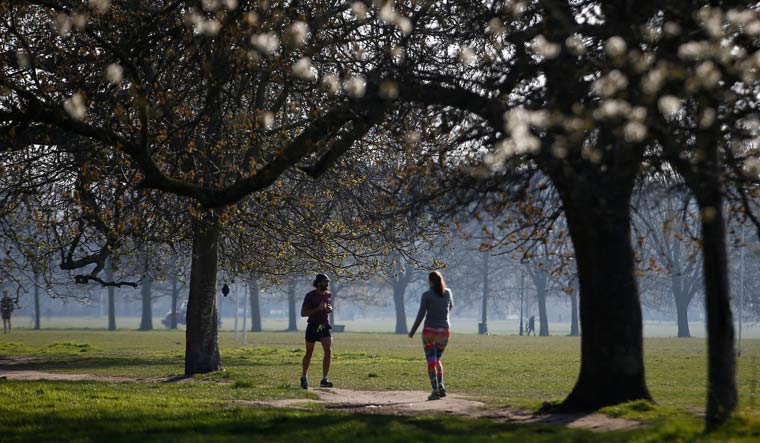 The same researchers explored the concept further in a survey of Danish blood donors. About 66,000 people responded to questions about their access to water bodies in green spaces and blue spaces. Current mental well-being was associated with more green space around homes. Calmness was particularly associated with blue space”. The researchers also found that people who were more physically active had even stronger positive associations with green spaces.

Green space in childhood is therefore extremely important, and it follows that urban planning for access to natural environments for all ages is likely to have benefits.

The very large datasets for both studies reinforce the conclusions. Across time, geography, dose level and large number of people, the patterns were the same. The findings are part of a wider movement of scientific studies that have found a wide range of physical and mental health benefits of green spaces.

These studies are supported by numerous experimental studies where scientists have manipulated environments which have shown that green spaces are linked to stronger cognitive development in children, reduced activity in areas of the brain linked to depression and better recovery from stress. Even exposure to nature in virtual reality has an effect. 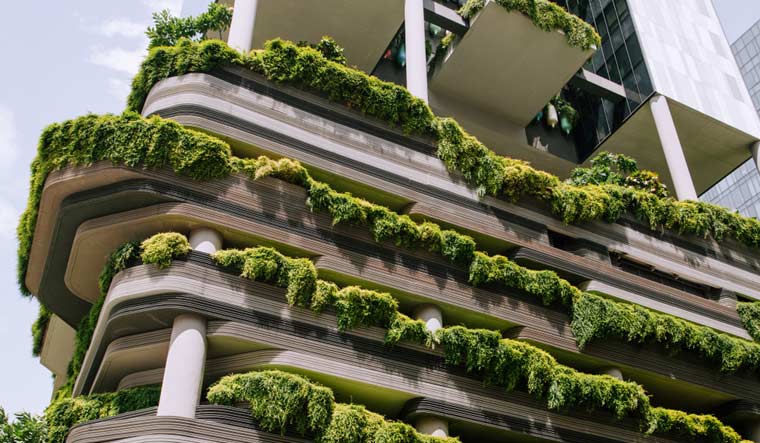 This knowledge can guide important future urban planning because by 2050 more than two-thirds of the world’s population are expected to live in a city. Incorporating more natural environments into urban areas can improve the mental health of city dwellers.

A greener approach to urban planning has the associated benefits of mitigating climate change, reducing the urban heat island effect, managing flood risk and conserving biodiversity. Working within and between research disciplines will ensure that the multifunctional potential of urban green spaces is realized. 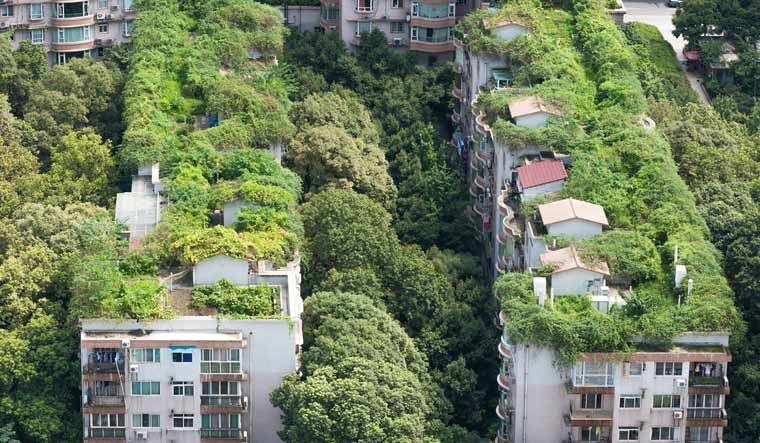 Local governments around the world are already starting to make cities greener. Denmark’s capital, Copenhagen, recently decided to turn one of its main roads into a park to improve access to green spaces, and Barcelona in Spain has launched an ambitious urban greening plan for the whole city to promote the health of its citizens and to support biodiversity.

In a project in South Africa, Danish researchers are working with local collaborators to reimagine the city of Tshwane, Pretoria. The plan is to move towards a more livable, healthy, equitable, biodiverse and climate-resilient city.

Major international organizations such as the World Bank and the European Union have also seen the potential of green urban planning, including nature-based solutions projects that tackle development issues while conserving the natural environment. in the foreground. 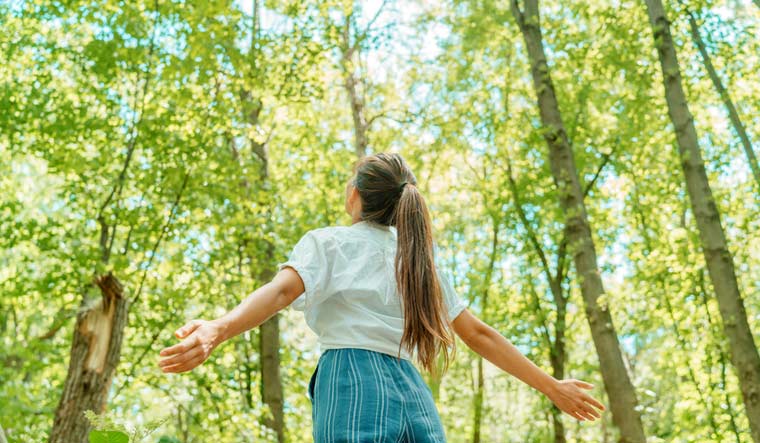 Since 2012, the World Bank has supported nature-based solutions in around 100 projects in 60 countries, allocating $1.18 billion in 201920; and the EU funds these projects through its Horizons 2020 program.

Competition for space is intense in densely populated cities around the world, which means that innovative approaches to the design of green spaces will be needed, for example green walls and roofs.

Local perspectives and context are also important. Current studies on green spaces and mental health come primarily from developed economies, so they may not apply to developing economies. It will be helpful to involve local communities in planning decisions.

(360info.org: by Kristine Engemann, University of Aarhus in Copenhagen)