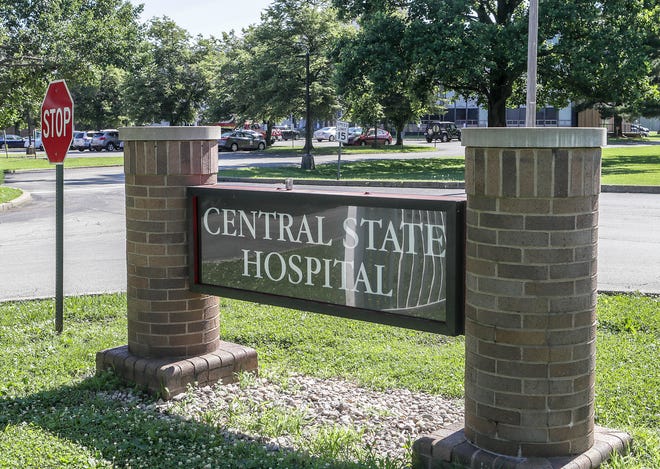 Feds investigating treatment of people with mental illness in Louisville

The US Department of Justice has launched a civil rights investigation into how people with serious mental illness are treated in the Louisville metro area and whether they are subject to over-institutionalization in psychiatric hospitals or other establishments.

The investigation, announced Tuesday in a press release, is separate from an ongoing investigation Department of Justice investigation practices by the Louisville Metro Police Department sparked by the 2020 death of Breonna Taylor, shot by officers attempting to serve a search warrant.

Rather, the new inquiry specifically targets what services the state provides to people with serious mental illness and whether such treatment “unnecessarily separates” those people from other mental health services.

More coverage:Why were the US Marshals serving a Louisville police warrant against Omari Cryer?

“When people don’t get the community mental health services they need, they often get caught up in a cycle of psychiatric hospital stays,” said Kristen Clarke, assistant attorney general at the Department of Justice.

She added that the investigation aims to find out whether people with serious mental illnesses are “unnecessarily brought into contact with law enforcement” and whether their rights to mental health treatment are protected.

A Cabinet spokeswoman for Health and Family Services said the administration “continues to prioritize the mental health of Kentuckians” and the governor has signed legislation to make services more accessible.

A spokeswoman for Louisville Mayor Greg Fischer said the investigation relates to the state’s provision of mental health services to Louisville residents.

“We appreciate all efforts to ensure people receive appropriate care,” she said in an email.

The Justice Department statement did not say whether the investigation included the treatment of people with mental illness detained at the jefferson county jail, where eight people have died in custody since November, three of them by suicide and two overdosesaccording to reports.

The department previously conducted a similar investigation in Alameda County, Calif., where it found the sheriff’s department violated the Americans with Disabilities Act by needlessly institutionalizing mentally ill adults instead of providing care. in the community.

In April 2021, the Justice Department released a 45-page report accusing Santa Rita Jail, controlled by the California Sheriff’s Office, of failing to provide adequate mental health services to prisoners, including those at suicide risk.

The investigation “unveiled evidence of violations that, taken together, result in a system in which people with mental disorders in Alameda County find themselves making unnecessary trips back and forth to mental institutions and prisons,” the department said in a news release.

As a result, people with serious mental health needs experienced worsening conditions and, in some cases, suffered serious injuries or died, according to the press release.

The Louisville investigation comes amid what one advocate called a “crisis” in helping some people with serious mental illness.

“It’s time – it needs to happen,” said Jeff Edwards, director of the state’s Division of Protection and Advocacy, which represents people with disabilities. “It has to happen, and we have to have a good human response to serve people.”

The investigation falls under the American with Disabilities Act, the Justice Department said.

Edwards said the issue is not unique to Kentucky and service reviews are underway in other communities.

Sheila Schuster, executive director of the Kentucky Mental Health Coalition, said she was “intrigued” by the news of the investigation because the Louisville area has established a combination of public and private organizations that work to serve those with the disease. of mental illness.

Most services in Kentucky are provided by a system of regional community mental health centers. Louisville is served by seven county services.

All operate under the state behavioral health agency.

The use of psychiatric hospitals and other institutions has long been a source of concern among advocates who argue that more services in the community would better serve patients and reduce the costs of institutionalization.

But budgetary constraints have often limited these services, leaving prisons and short-term stays in psychiatric hospitals as alternatives.

Edwards said he hopes the investigation can lead to solutions for people who are not immediately getting the help they need.

“We have to get there,” he said. “We don’t meet people where we need to meet them.”

The Justice Department said anyone with information relevant to the investigation should contact it by email, at [email protected] or through the website, https://civilrights.justice.gov.

Focus on youth this Mental Health Awareness Month | The scene