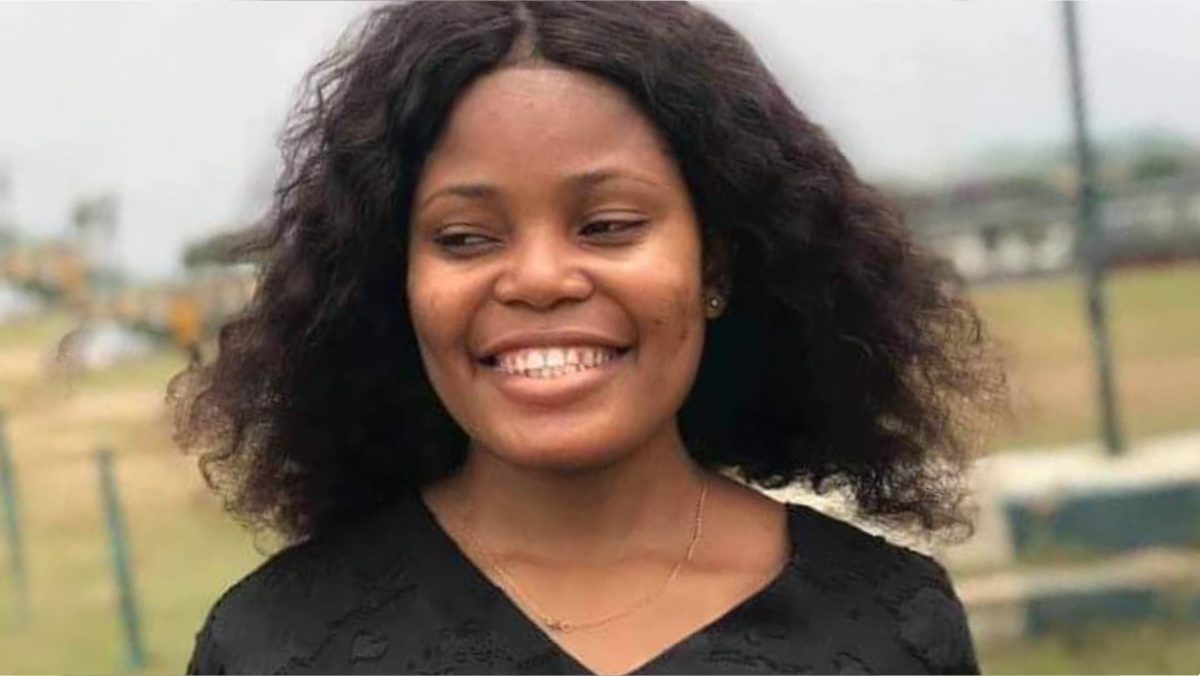 Uduak Akpan, who allegedly raped and killed Iniubong Umoren on the outskirts of Uyo in April last year, is mentally ill, his father told the Akwa Ibom State High Court in Uyo on Tuesday.

Frank Akpan, who is also a co-defendant in the murder trial, said under cross-examination in Tuesday’s proceedings that his son suffered from schizophrenia, a severe mental disorder in which people interpret reality in abnormal ways.

The testimony came as a new twist in a line of defense that saw Uduak himself retracting his confessional statement to say that he had never met Ms. Umoren.

Frank Akpan and his daughter, Bassey-Awan Akpan, are both charged with being an afterthought accessory to Ms Umoren’s murder.

An accomplice after the fact is someone suspected of helping another person who has committed a crime to escape justice.

The prosecution accused Mr Akpan and his daughter of exchanging a text message as part of a plan to escape from Uduak following the murder incident in April last year.

While Uduak is the 1st defendant in the case, his father is the 2nd defendant and his sister, Ms. Bassey-Awan, is the 3rd defendant.

Mr. Akpan, a retired civil servant, began his defense on Tuesday. Uduak had previously shut down his own defense.

In cross-examination on Tuesday, Uduak’s lawyer, Samson Adulla, asked Mr Akpan if he knew his son had a mental problem.

“I know that the 1st defendant (Uduak) has a mental problem and has visited the hospital twice in 2020.”

Mr Adulla drew Mr Akpan’s attention to a statement he had made to the State Security Service (SSS) referring to a mental illness from which he claimed his son was suffering.

“According to your statement to the DSS, you mentioned that the 1st defendant suffers from a mental illness called schizophrenia,” the attorney said.

“At the time of the commission of this offence, the first accused was an outpatient at UUTH (Uyo Teaching Hospital),” Mr Adulla asked.

Mr Akpan also testified that he only heard about Ms Umoren’s murder for the first time in court, a claim his son also made in his defence.

He also denied knowing that the police had visited his compound and exhumed the body of the murdered jobseeker.

Mr Akpan told the court he spent a week with the State Security Service (SSS) in Uyo after secret police picked him up from Ikot Ekpene Correctional Centre.

He said he told the SSS that he was not dealing with human parts. He said he did not know Ms. Umoren and had never been a member of AMORC when questioned by the SSS.

Attorney-at-law Christopher Udoh presented a cell phone in an attempt to prove communication Mr Uduak allegedly had with his daughter (the 3rd defendant) about the murder incident a day after he be produced in April of last year.

Mr Akpan was asked to read a text message he had sent to his daughter on the phone following the incident. He sounded in the message as emphasizing to his daughter the need for Uduak to escape as soon as possible.

“He said he wanted to take a seaplane. He shouldn’t be talking about someone who dies but escapes,” Mr Akpan read in the witness box text message.

But defense counsel for the 2nd and 3rd defendants, Abasiodiong Ekpenyong, insisted the message was only sent by Mr Uduak to his daughter during Tuesday’s proceedings.

Following the prosecution’s request, however, Judge Bassey Nkanang admitted the small, blue-colored mobile phone as an exhibit and marked it as number 17.

The judge adjourned the trial to May 10 and 11 for the prosecution of the defense by the 3rd defendant.

Uduak allegedly raped and killed Miss Umoren in April last year on the outskirts of Uyo after luring her with a fake job offer.

His remains were interred in a shallow grave in Mr Akpan’s family home, where the crime took place.

The Akwa Ibom State Attorney General’s Office charged Uduak with rape and murder. His father and sister are accused of being accomplices to the murder after the fact.

They all denied the charges. Uduak told the court that he initially confessed to the crime because he had a fever that day and was influenced by the investigating policeman.

Support the integrity and credibility journalism of PREMIUM TIMES

Good journalism costs a lot of money. Yet only good journalism can guarantee the possibility of a good society, an accountable democracy and a transparent government.

For free and continued access to the best investigative journalism in the country, we ask that you consider providing modest support to this noble endeavour.

By contributing to PREMIUM TIMES, you help sustain relevant journalism and keep it free and accessible to everyone.