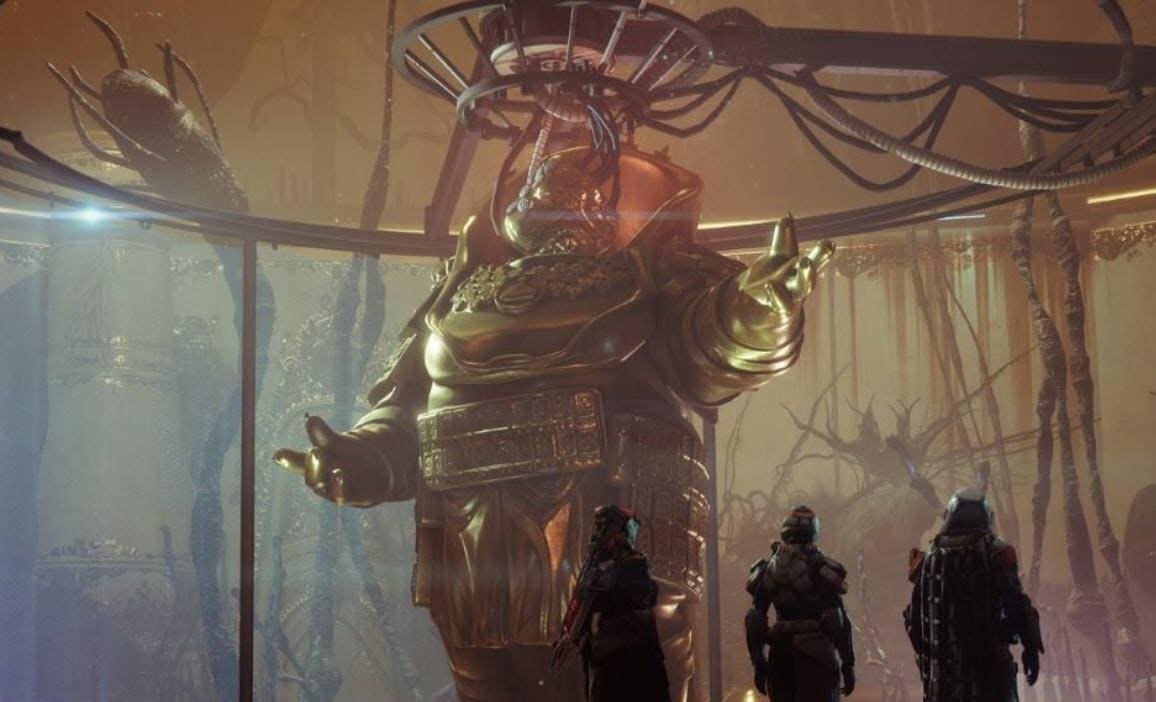 I don’t usually get into dungeons or raids in Destiny 2 until a little while after launch, but I did manage to sneak into a Duality run at the end of this weekend and got thought I would try something new here. A review of the dungeon itself. No, I’m not giving it a Metascore, but I wanted to go over what works and what doesn’t about Duality, Destiny’s separately sold dungeon that is indeed tied to this season’s theme and events all likewise.

The story – Easily one of the best parts of the dungeon, and probably the most engaging story we’ve ever had in dungeon. Or probably even a raid for that matter, since those types of missions are more combat-focused than dialogue-focused, but we have a plot of information about Calus, his history and current goals, through storytelling and a dozen different hidden memories with voice work attached to them. My heart actually broke a little when Calus explained how he named Caiatl after the brightest star in their system and then she was revealed to be the final boss of the “Bigest Shame” encounter. of Calus” (his daughter would later literally knock him down and they became mortal enemies). Just brilliant storytelling woven through the actual mechanics here.

The mecanic – Most dungeons and raids have a core mechanic that evolves over time, and duality is no different. Here, however, I was deeply impressed with the technical wizardry that went into making that instant switch between normal and ‘nightmare’ maps, something that reminds me of The Medium or that famous campaign mission from Titanfall 2. On top of that, though, I’ll say that there are some inconveniences with the mechanism of the bell, namely that any types of damage, ticks, explosions, dropping a pit, a zillion accidental things, can accidentally trigger one and wipe out an entire encounter. There are some weird decisions too, like later on when you’re literally forbidden to kill Psion snipers, lest you screw up your nightmare realm timer, so you just have to let them shoot you on it indefinitely. Not ideal.

The difficulty – I said it was on the “easier side” yesterday and everyone jumped at me. I get what people are saying because the enemy density here is really wild in some segments but I also believe we now have more damage mitigation tools than ever before so that doesn’t bother me too bothered and I really never, ever died at anything but encountering wipes or getting jumped off the edge. For me, that’s great, because I like the density of the crowd without it feeling completely overwhelming or impossible. It really matches the difficulty in a way that most dungeons don’t at launch, and I think they’ve done a fantastic job of balancing it out. I’m less than thrilled to run it masterfully with champions, which only makes things worse, always.

The loot – Huge split here, as this is definitely the worst dungeon armor set we’ve gotten, although it does have a few cool pieces here and there. But you are more disappointed than ever to get armor because most weapons here are only so good. The new “corrupted” Calus weapons are incredible, pushing new horizons with cold clip grenade launchers and tombstone pulse rifles and, most importantly, that crazy three-burst linear fusion that seems to be testing a whole new kind of weapon. Even opulent reclaimed weapons can be good, like a glowing machine gun or Killing Tally Fixed Odds. I don’t know many people who have obtained the Exotic Sword, but I’ve heard it’s been great, and I really like the idea of ​​completing Triumphs to increase your potential drop rate. It’s also a great call that the dungeon can be mined essentially endlessly, even beyond Grasp of Avarice, as you can keep getting new loot.

It’s a great dungeon. Overall, this might be my second favorite after Prophecy, thanks in part to the core mechanic, enemy density, story, and weapon loot pool. To me, that’s definitely worth $10 on its own, though I still question the idea of ​​a separately sold dungeon pack in the first place, given how confusing it already is to “stay up” with Destiny. But that’s a debate for another day.

Now, to run this forty more times for the drops I want…

Pick up my sci-fi novels Herokiller Series and The Earthborn Trilogy.