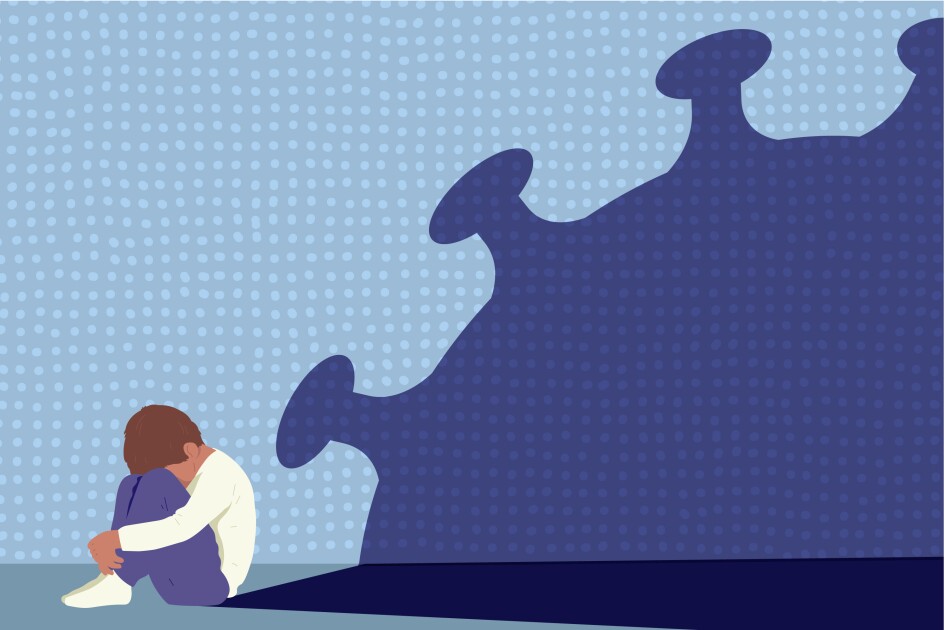 For much of the pandemic, children were considered to be relatively easier off than adults if infected with coronavirus. But a national analysis suggests that contracting COVID-19 can almost triple the risk of new mental health problems in children.

The findings, published last week in the journal Psychiatric Services, come as educators are already scrambling to deal with widespread increases in mental health problems and academic behavior problems among young people. However, these findings are among the first to point to mental health issues related to COVID itself, as opposed to school and family disruptions, social isolation, and economic instability caused by the pandemic.

Researchers led by Mir Ali, a health economist at the US Department of Health and Human Services, analyzed health claims data from more than 3.3 million children ages 17 and under in all 50 states. and in Washington, DC, who had received a COVID-19 test. This data was part of US Open Source Claims, a “multi-payer, pre-adjudicated health insurance claims database.”

After adjusting for other factors like genetics, the researchers found that contracting COVID-19 almost tripled the risk of mental health problems in children. More than a third of affected children were later diagnosed with attention deficit hyperactivity disorder; 2 in 5 had an anxiety disorder and 1 in 5 had a trauma or stress disorder.

The risks increase with age

“The high rate of onset of new mental health problems among young people with no recent mental health history suggests the need for emotional and behavioral health supports, such as screening, assessment and treatment,” concluded Mir and his colleagues.

While depression and anxiety disorders were highest among teens who tested positive for coronavirus, ADHD affected nearly 57% of infected children aged 6 to 11 and more than a third of adolescents.

The study comes as childhood vaccinations against the virus that causes COVID-19 have largely stalled and school outbreaks have increased. As of this week, less than 30% of elementary-aged children and less than 60% of teenagers in middle and high schools have been fully vaccinated, well below the immune cushion needed to prevent outbreaks.

“I still hear in my clinic, parents say, oh no, I’m not going to get vaccinated. Children don’t get sick with COVID,” said Dr. Tina Tan, professor of pediatric infectious diseases at the Ann & Robert H. Lurie Children’s Hospital in Chicago and Northwestern University Feinberg School of Medicine, which was not part of the study.” But that’s not true; children get sick. … And as time goes on as we learn more, we are now seeing children who have different long-term effects after having COVID.

While previous research has shown the so-called ‘long COVID’ can have cognitive effects on adults, Mir noted that the current study didn’t look at what might be causing the health issues. mental illness related to COVID in children infected with the virus. It’s unclear, for example, whether the virus itself causes neurological problems, or whether children develop stress and trauma after being diagnosed with an illness known to be dangerous or fatal. The study also did not distinguish between children who had more severe or less severe cases of the disease. Mir warned that because the study was based on health insurance data, it may underestimate the effects of the pandemic on the mental health of children who lack health insurance.

“Prolonged loneliness and social isolation have been associated with future mental health problems up to nine years later, suggesting that children and adolescents would be at risk for mental health problems long after restrictions end. of the pandemic,” Mir and his colleagues said. noted in a separate information note on the study.

Don’t Use Mental Illness as a Scapegoat for Mass Killings