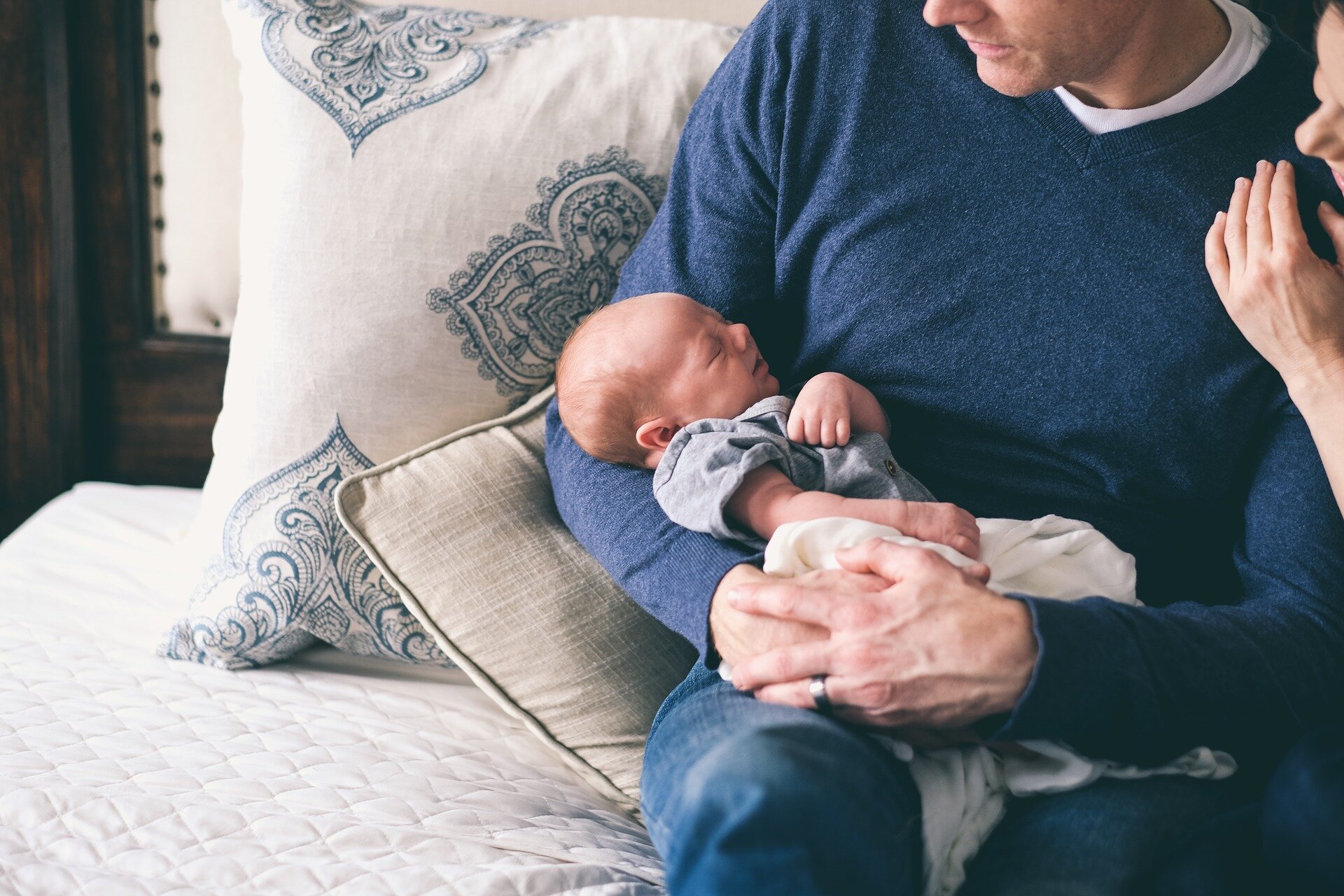 Perinatal mood disorders such as postnatal depression and perinatal anxiety can affect both mothers and fathers simultaneously, according to a new systematic review and meta-analysis by UCL researchers.

About 3 in 100 couples (3.18%) both suffered from late postnatal depression, which occurs three to 12 months after the birth of a child.

The study, published in Open JAMA Networkanalyzed 23 studies with data from 29,286 couples who had low-risk pregnancies, published between 1st January 1990 and 8e June 2021.

The results showed that mothers who experienced psychosocial factors, such as early stressors, limited social support and exposure to domestic violence were at higher risk of developing a perinatal mood disorder.

And previous studies show that a history of mood disorders increases the possibility of both parents developing a common mental disorder.

However, a recent article written by members of the study team demonstrated that up to 40% of new mothers do not benefit from a postnatal examination 6 to 8 weeks after delivery, although it is recommended. by the National Institute for Health and Care Excellence (NICE). And for men, such control does not exist at all.

As a result, the researchers believe that the current model of postnatal care needs to be reassessed and should additionally focus on social determinants and relationships between expectant parents to identify couples at risk.

Lead author Dr Kara Smythe (UCL Institute of Epidemiology & Health) said: “In high-income countries like the US and UK, over 80% of women and over 70% of men become parents. Each year more than 650,000 babies are born, so with prevalence rates of 2-3% for depression in both members of the parenting dyad, the potential burden is considerable.

“Mood disturbances in one parent can impact the other parent, and paternal depression has been shown to lead to increased symptoms of depression in mothers during pregnancy and in the first six months postpartum. partum.

“Perinatal mood disorders in parents are associated with adverse pregnancy outcomes, impaired bonding with the newborn, and behavioral problems in their children. The co-occurrence of mood disorders in two parents may amplify these negative outcomes; however, prevalence data are lacking.

“This information is needed to inform health care priority setting and facilitate a move towards a family-centered model of care that better serves mothers and fathers as they transition into parenthood.”

In the systematic review, researchers found that in high-income countries, 11% of new mothers suffer from maternal depression during pregnancy and 13% after the baby is born.

Meanwhile, an existing meta-analysis of 21 countries estimated that 9.76% of fathers suffered from paternal depression during pregnancy and 8.75% during the first postnatal year.

The paternal anxiety rate is also multiplied by three when the mother is depressed.

Dr Smythe said: “Perinatal depression can have a prolonged course; most men and women who have depressive symptoms at 4 and 8 weeks postpartum continue to have symptoms at 6 months postpartum. , and some develop symptoms later in the postnatal period.

“Future research should determine the longitudinal course of coexisting perinatal mood disorders in both parents, which may alter clinical practice. The focus on postnatal depression typically focuses on the first 12 weeks after birth. childbirth, as evidenced by practice guidelines.

“However, our findings suggest that clinical attention to perinatal mood disorders may need to extend beyond the early postnatal period.”

Data came from 15 different countries that used a range of screening tools, contributing to the observed heterogeneity. A random-effect meta-analysis was adopted to account for this, but the model gave greater weight to smaller studies, which may have limited the validity of the results obtained. A smaller sample size also means that the estimates from these studies are less precise.

Although several studies excluded patients with a history of mental health problems, this was not done consistently. Thus, it is impossible to identify true incident cases.

Most of the studies were conducted in high-income countries, so the results may not apply to low- or middle-income countries. The search also did not yield studies examining perinatal mood disorders in both parents outside of a heteronormative context.


Quote: Calls for mental health of both parents to be considered during the perinatal period (2022, June 24) Retrieved June 24, 2022 from https://medicalxpress.com/news/2022-06-mental-health-parents- perinatal-period. html