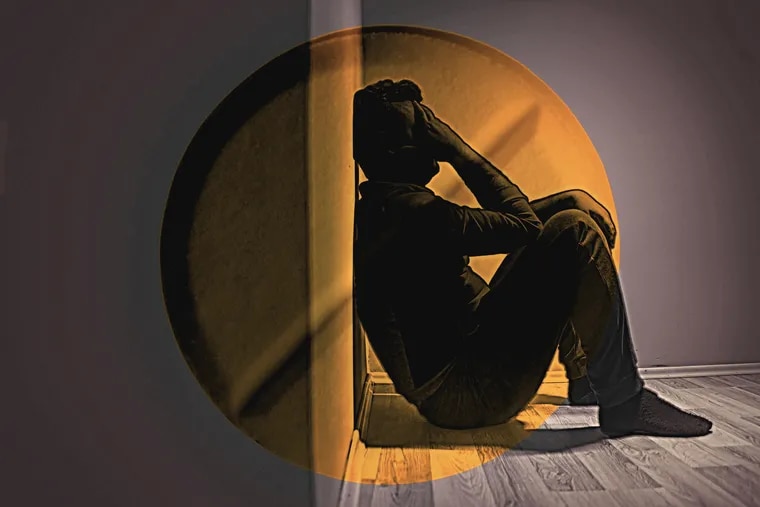 Antidepressants are my grandfather’s legacy. But with mental illness, they’re not enough

My grandfather, Harry Salzer, was a psychiatrist in Cincinnati who, with his colleague Max Lurie, reported in a 1953 article that isoniazid – a drug developed to treat tuberculosis – had a positive impact on two-thirds of their depressed patients.

It was the for the first time, researchers had identified a drug with so-called antidepressant effects. With this, a new era in psychiatric treatment was born.

Growing up, I knew my grandfather was a psychiatrist. But I didn’t know he had published scientific papers until I started my own training in clinical psychology. While researching treatments for a patient with panic attacks and poor diet, I came across my grandfather’s studies in which he claimed that low blood sugar could be the basis of certain psychiatric conditions. About 10 years ago I found his 1953 article on antidepressants. It was a shocking revelation.

The 1953 discovery was consistent with a growing belief that mental illnesses are rooted in biology, leading to 70 years of efforts to identify these causes and drugs to address them. The optimism underlying these ideas was so great that the 1990s were declared “decade of the brainby then-President George Bush in anticipation of discoveries identifying the genetic and brain mechanisms associated with mental disorders, and the development of drugs to cure them.

But the 1990s are now well behind us and we are far from the expected remedies.

So maybe it’s time to broaden our thinking about the causes and cures of depression and other mental illnesses. Focusing primarily on treatments that target the biological underpinnings of mental illness might not be the best idea?

How to find help

If you or someone you know is thinking about suicide, help is available 24/7:

Thomas Insel, former director of the National Institute of Mental Health – the federal agency that funded much of this research – said recently asked a similar question. Despite all the agency’s attention to genetics and brain chemicals that can cause mental illnesses, there are still too many people with these illnesses who need more immediate help. In a recent book, Insel talks about a man who talked about his son with schizophrenia, who told Insel, “Our house is on fire and you’re talking about the chemistry of paint. What are you doing to put out this fire?

The man is right.

Millions of Americans take antidepressantsand their usage has increased in recent years. Many swear that escitalopram (brand name: Lexapro) or sertraline (Zoloft) have changed their lives, and I would never suggest anyone stop taking their antidepressants without a long conversation with their prescriber. But research has generally not been supportive of my grandfather’s notion that antidepressants are a panacea that targets the biological roots of mental illness.

Research has generally been hostile to my grandfather’s notion that antidepressants are a panacea.

Several clinicians and researchers have proposed that most of the positive impacts of antidepressants at least result in part from the placebo effect – that is, people feel better because they took a pill that they expect to help them, whether or not the pill targets the desired brain mechanisms. Today’s antidepressants often work by helping to increase serotonin levels in the brain, known as the “feel good” hormone. But a recent research assessment found that depression is not at all related to serotonin levels.

If treatments that target our biology, including serotonin levels in the brain, aren’t the cure we were hoping for, where can we turn?

Seventy years after my grandfather first used drugs to treat depression, I think it’s time to broaden our approaches.

For example, some depression experts have suggested non-drug interventions. There is of course talk therapybut it can be costly and also takes time to translate into benefits.

Johann Hari, in his book Lost connections, refers to extensive research showing that depression can result from the loss of meaning and purpose in life – including a lack of satisfying interpersonal relationships and contact with nature. Loss of contact with nature, in particular, seems implausible as a cause of depression, but just remember that humans have essentially lived outdoors for most of our history, and that’s only been for about 100 years. years since we began to spend most of our time. nowadays inside homes and buildings. It robs us of the demonstrated positive impacts that the sights and smells of nature have on our body and mental health.

” LEARN MORE: Exercise Can Relieve Depression – Even at Lower Doses Than You Think

As a result of such thinking, health care providers outside the United States have pondered what this might mean for the treatment of depression. In the UK, clinicians offer social prescription, including recommending activities that provide meaning and enhance participation in society, such as volunteering, practicing the arts, participating in sports, learning about healthy cooking, and spending time with others. In Japan, they suggest shinrin-yoku, also known as “forest bathing.” Doctors in Canada prescribe nature walks and give their patients free one-year passes to Canada’s national park system.

To be clear: I’m not suggesting anyone ditch their prescription for a walk in nature. But I suggest we look beyond drugs when treating mental health. I am proud of my grandfather’s legacy, but I also believe that in many cases depression cannot be treated with antidepressants alone. It’s time to focus on a wider range of approaches to effectively treat depression and other mental health issues.

Mark Salzer is a psychologist and professor of social and behavioral sciences and director of the Collaborative on Community Inclusion of Individuals Psychiatric Disabilities at Temple University.